Massimo Cristaldi of Italy was Awarded Second Prize in the PX3 2009 Competition.

Massimo Cristaldi of Italy was Awarded Second Prize in category Portraiture for the entry titled, “A Sicilian Bride” and have got an Honorable Mention in category Fine Art for the Entry titled “The Train”. The jury selected PX3 2009’s winners from thousands of photography entries from over 85 countries.

Winning entries from each major category (Advertising, Photojournalism, Book, Fine Art, Nature, and Portraiture) are exhibited in Paris Espace Dupon from July 22-24. and published in the high-quality, full-color Px3 Annual Book, which is distributed to galleries, agencies, publishers and bookstores worldwide.

ABOUT Px3:
The “Prix de la Photographie Paris” (Px3) strives to promote the appreciation of photography, to discover emerging talent, and introduce photographers from around the world to the artistic community of Paris. Winning photographs from this competition are exhibited in a high-profile gallery in Paris and published in the high-quality, full-color Px3 Annual Book.
Visit http://px3.fr 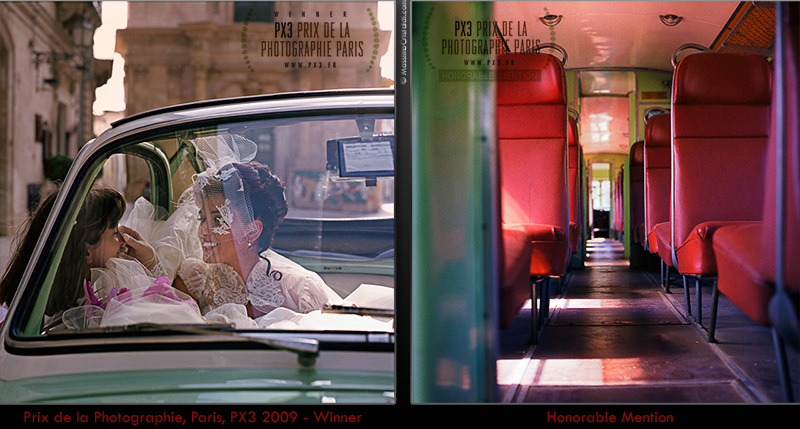