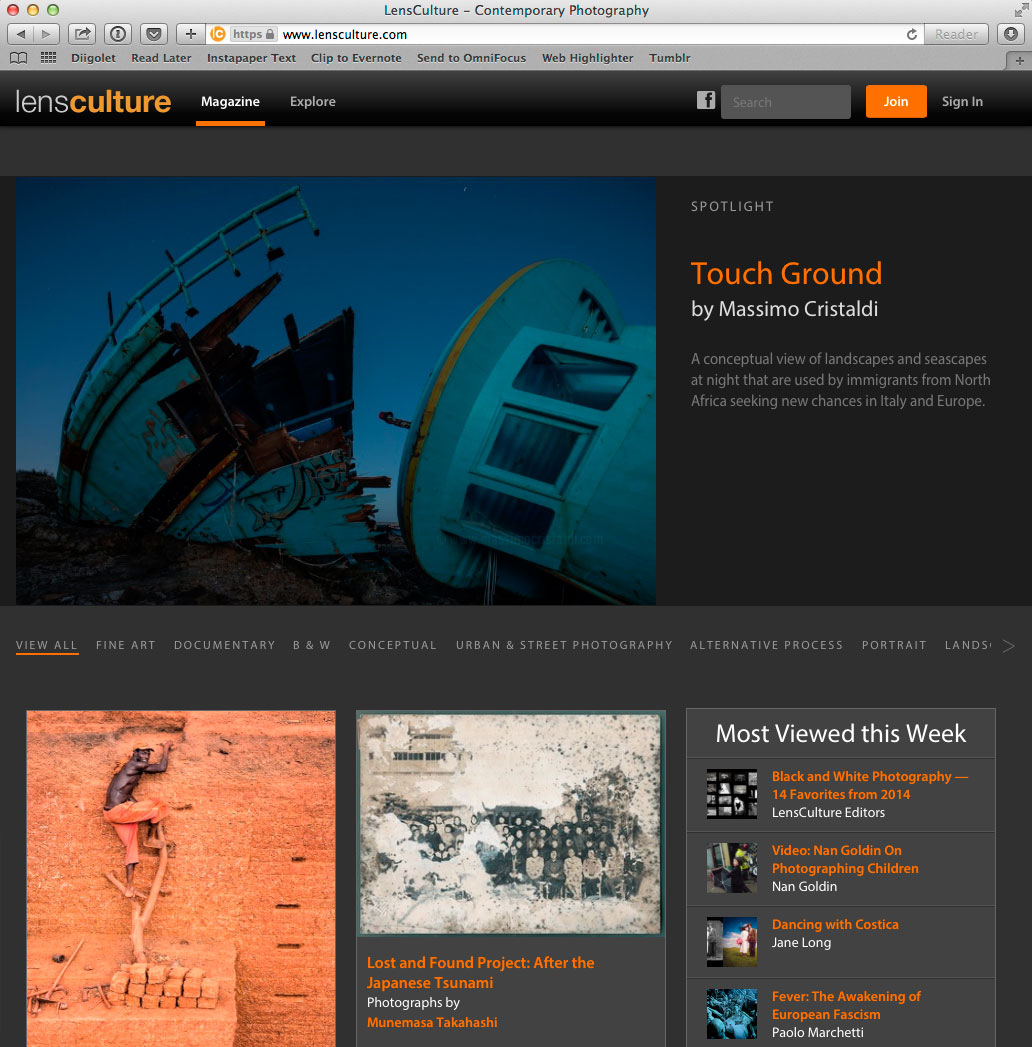 In 2013 alone, over 40,000 migrants braved the Mediterranean Sea in an attempt to reach Italy (and Europe). Many of these migrants ended up in Sicily and the surrounding islands. The route was a familiar one, as thousands of these people have previously traveled this route in years past during previous attempts.

In “Touch Ground,” I photographed beaches, harbors, cliffs—the places where, in recent years, migrants have first reached the shores of Europe from their original homes in North Africa. The photographs form an exploration of the idea of “Terra Firma,” a coveted place, object of hopes, tragedies, happiness, disillusion, and sometimes, death.

I chose to make my pictures at night, because it was at these times that the places appeared full of meaning. Within the absence of the darkness and the emptiness, I sensed an epic quality to the scale of these migrations and the individual emotions that each journey embodied.

These photos are, then, a work on the borders: the borders between land, sea and men. The seascapes depicted are epic and empty yet also “places of the present,” places of contemporary history. They are, at once, the theaters of tragic, life-altering events and at the same time, simply the sea for the rest of us.