Insulae has been today published by Lensculture.com.

This series of photographs captures what appear to be “islands of light” at night.

There is a sense of confined gloom fighting with darkness that all around turns into oblivion and mystery. This shroud of brightness envelops all things that are built as a defense, both the physical barriers and the light barriers.

The islands of light are US Navy housing complexes and structures located in the dark and silent countryside throughout Italy. They are confined and isolated “towns” that are built for American soldiers and their families. Similar towns exist all around the world.

The story of soldiers and their sleeping families intertwines with the barbed wire and with the struggle between dark and light. It is an evergreen metaphor of the dualism that has so thoroughly permeated our culture. Positive and negative, good and bad, zero and one.

“Semiotically, Insulae, among other things, speaks of darkness, solitude, rigidity and fortified codification: all aspects relating to fear deeply rooted in the human experience. Our rational self can make a series of comments on the role of U.S. military force in foreign countries. We can look onto the isolation our armed forces, and we can speculate on who is isolating whom, on which side of the fence lies the aggressive force, etc. etc. But the images, I feel, ring a deeper tone which lies far below our logic.

“There, below rationality, lies the force of these images, the poetry of darkness, the ironic stare from afar, islands of light, as Cristaldi himself says. Strange strength declares itself in the middle of nowhere.” 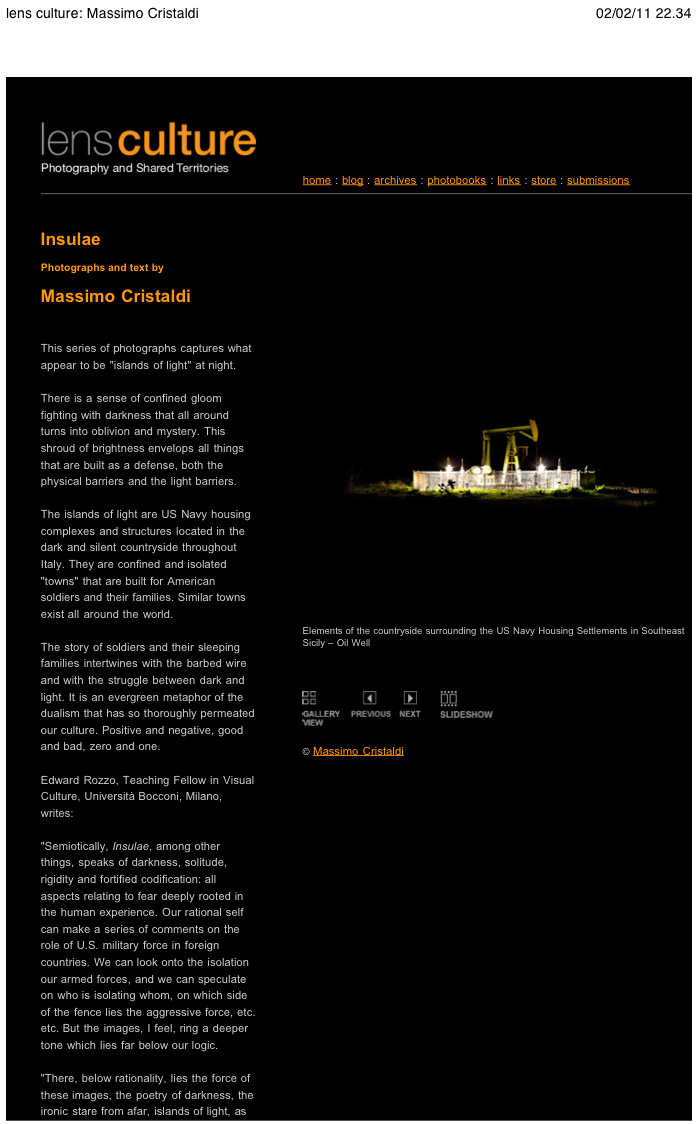