Massimo Cristaldi’s Simulacra depicts small-scale religious edifices in silent, nocturnal composure. Taken from an impersonal middle distance, the Sicilian and Southern Italian roadside shrines in these pictures are humble, sentinel. The icons within them are unseen, even preempting visibility with their own interior glow.
Whether freestanding and bound solidly to the earth, or tucked into massive exterior walls, these votive structures yield to Cristaldi’s subtle exploration of their latent luminous qualities via long exposures. There is a sense of loss, perhaps less religious than cultural, allowing to “galloping globalization and by general indifference,” as Cristaldi writes. Cristaldi adopts Baudrillard’s elaboration of simulacra as the theme of this body of work. Here there are levels of both representation and simulation (which Baudrillard distinguishes among): the subject of the photograph is an edifice to an invisible God (or Mother or saint thereof). In this respect, Cristaldi writes, “these photographs are simulacra of simulacra.” (To this one could add an additional level: the architectural. Comprised as much by the negative space of the arch as the columns which describe them, and topped by munchkin pediments, these structures are caricatures of classical architecture in miniature.)
The tracery of automobile lights disorients the reverential purpose of these structures—they are little more than road markers. But Cristaldi also creates an additional irony: the head- and tail-lights describe numinous orbits around the shrines. These cars may be the last angels attendant to the divine.
Simulacra was recently been awarded an Honorable Mention by the International Photography Awards, and the New York Times recently included his web site in its round-up of compelling photographer’s sites. Equally oblique and haunting, for the human tragedy which he addresses, is his work Lampedusa (Wrecked Dreams). 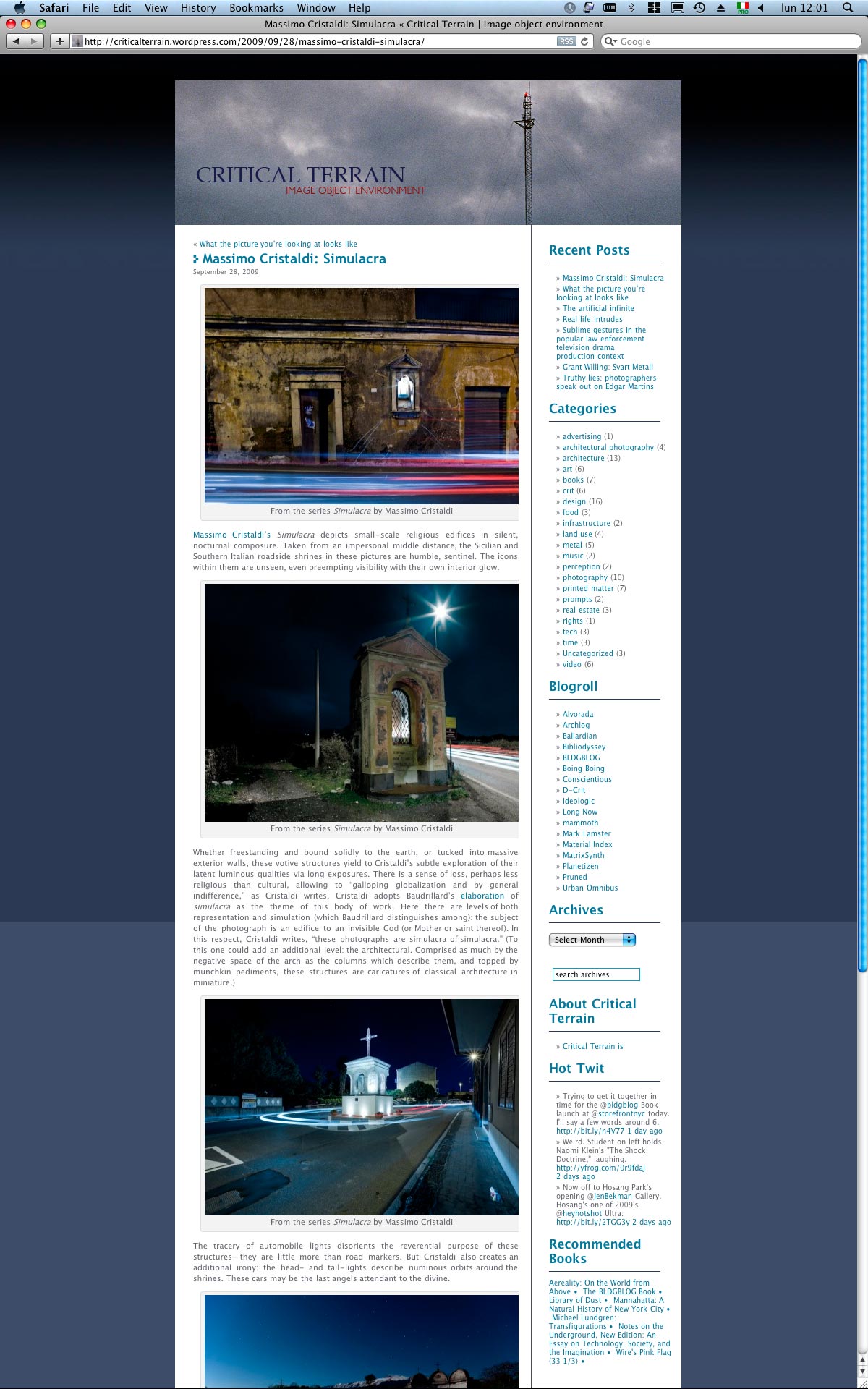