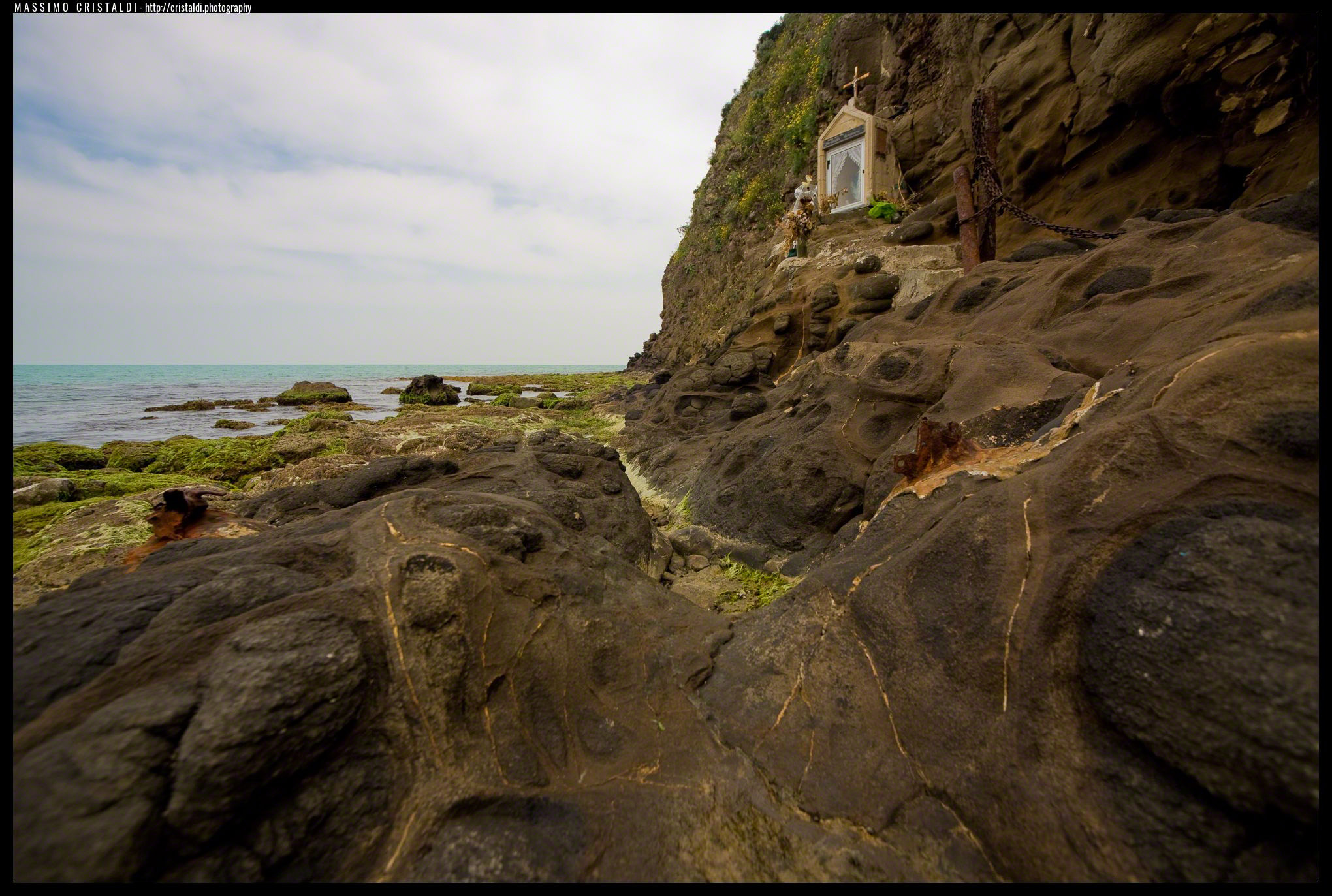 This post is about a place and a photograph that has been meaningful for my evolution as a photographer.

Bear with me through this memory flow as the first facts happened on April, 19th, 2007.

11 years ago, five year after the beginning of my journey into digital photography, I was actively scouting interesting locations in my home island: Sicily. I remember I was with a friend heading south from Catania looking for something to photograph to start building up our first portfolios. We stumbled upon the beach that marks the passage from white sand coastline to a rocky, pillow-lavas steep cliff. 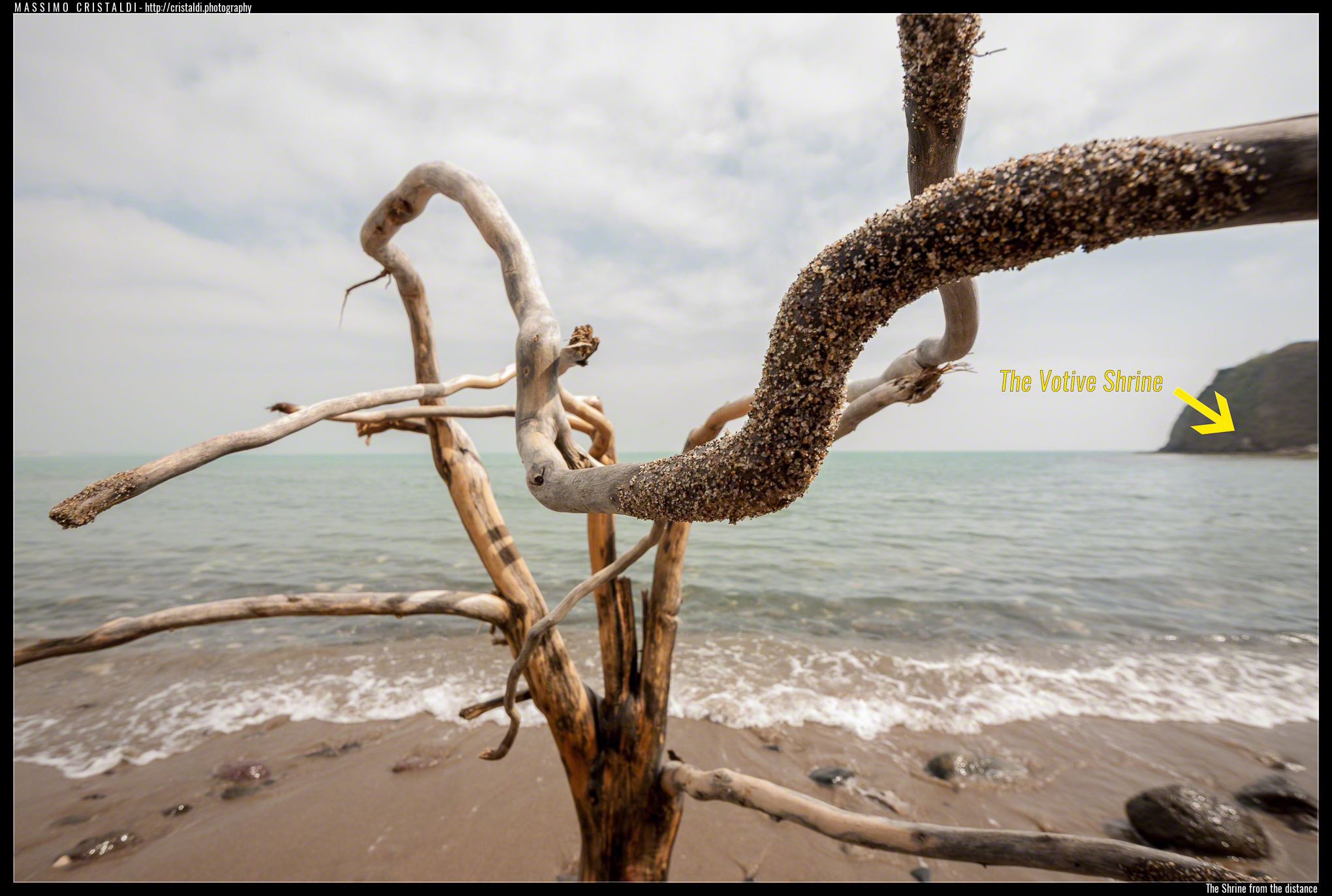 April 2007: the shrine from the coastline

At that time I was playing with my newly acquired Sigma 15-30 and a Canon 5d. I remember how it was freaking awesome to play with that exaggerated wide angle perspectives on that beach using a hand-shaped trunk brought by a sea storm.

From far away, while shooting the trunk, I noticed a small votive altar built on the cliff: one of the attempts to ask Neptune or God, or whatever you may call the Divine, protection for fishermen nights-out in the sea. 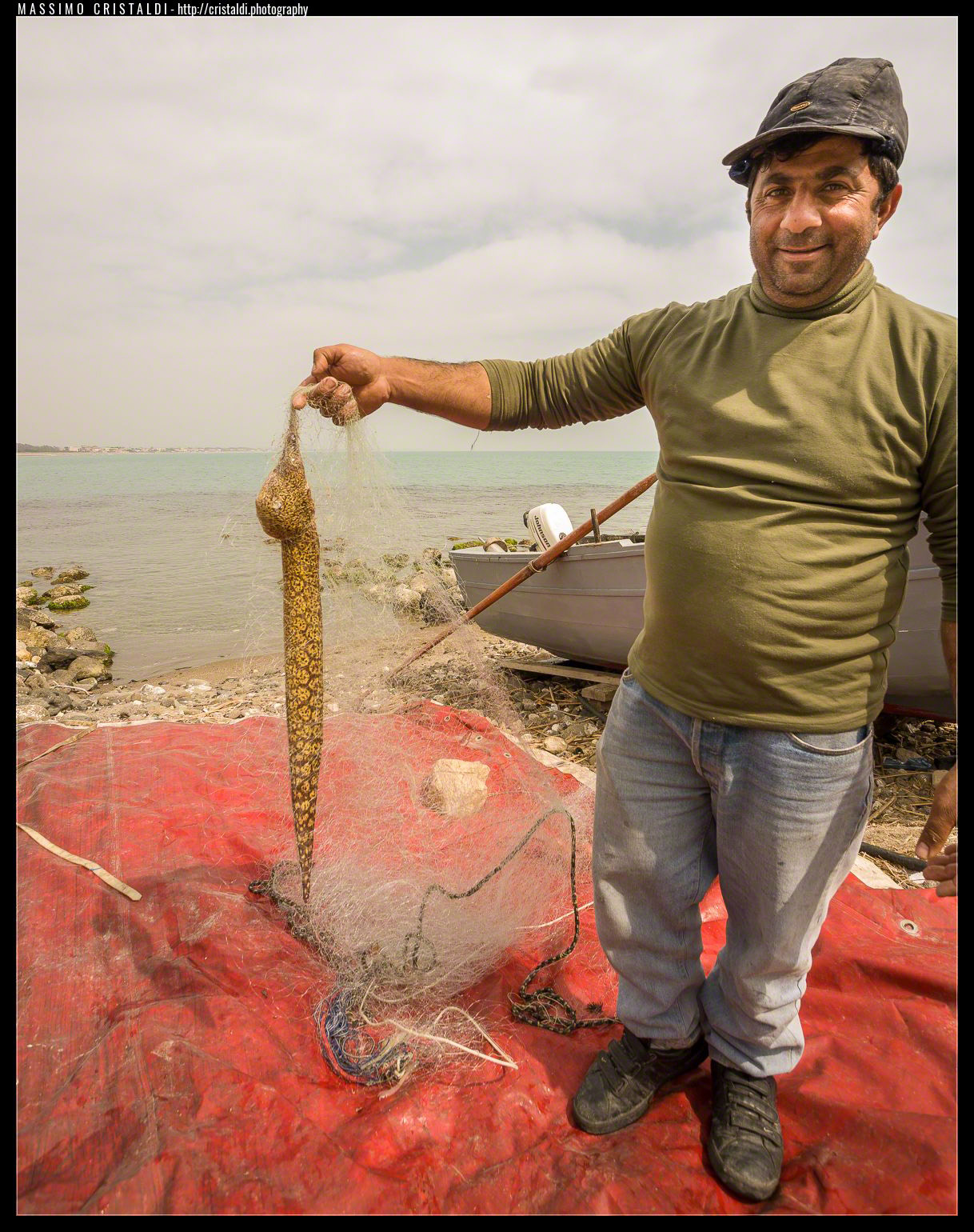 I decided that it was worth a small walk to take some shots. Along the path I met a local fisherman proudly showing me a just caught moray. And then I saw the votive shrine. We call them, familiarly, “Altarini”, small altars. I had my wide angle lens attached and thanks also to the low tide, I was able to capture some photographs. Amongst the other photos the opening photo of this article was my elected one.

In the following months I kept thinking back to that photograph. I imagined a story linked to a fishermen in the sea and, for the first time in my life, I thought the place was worth a staged session. I imagined a model, a black dressed, black haired Sicilian woman, being at the altar maybe praying for her man as we wasn’t coming back from the sea: something along the lines of Luchino Visconti “La Terra Trema”.

I scripted a text, found a friend model (Lucia, same name of one of the characters of the movie) and went back to that sea Altar in September 2007. Armed with the trusty Canon 5d, a 16-35 and my beloved Rollei 6003 professional. It was very funny as the suggestions of that place first seen in April, became true for an afternoon in September. I could see in practice the results of my imagination, but, somehow, I never believed in the resulting story even if, I admit, I liked some of the shots: for me the photograph was the one I took in April, that I show here in the black and white variant. 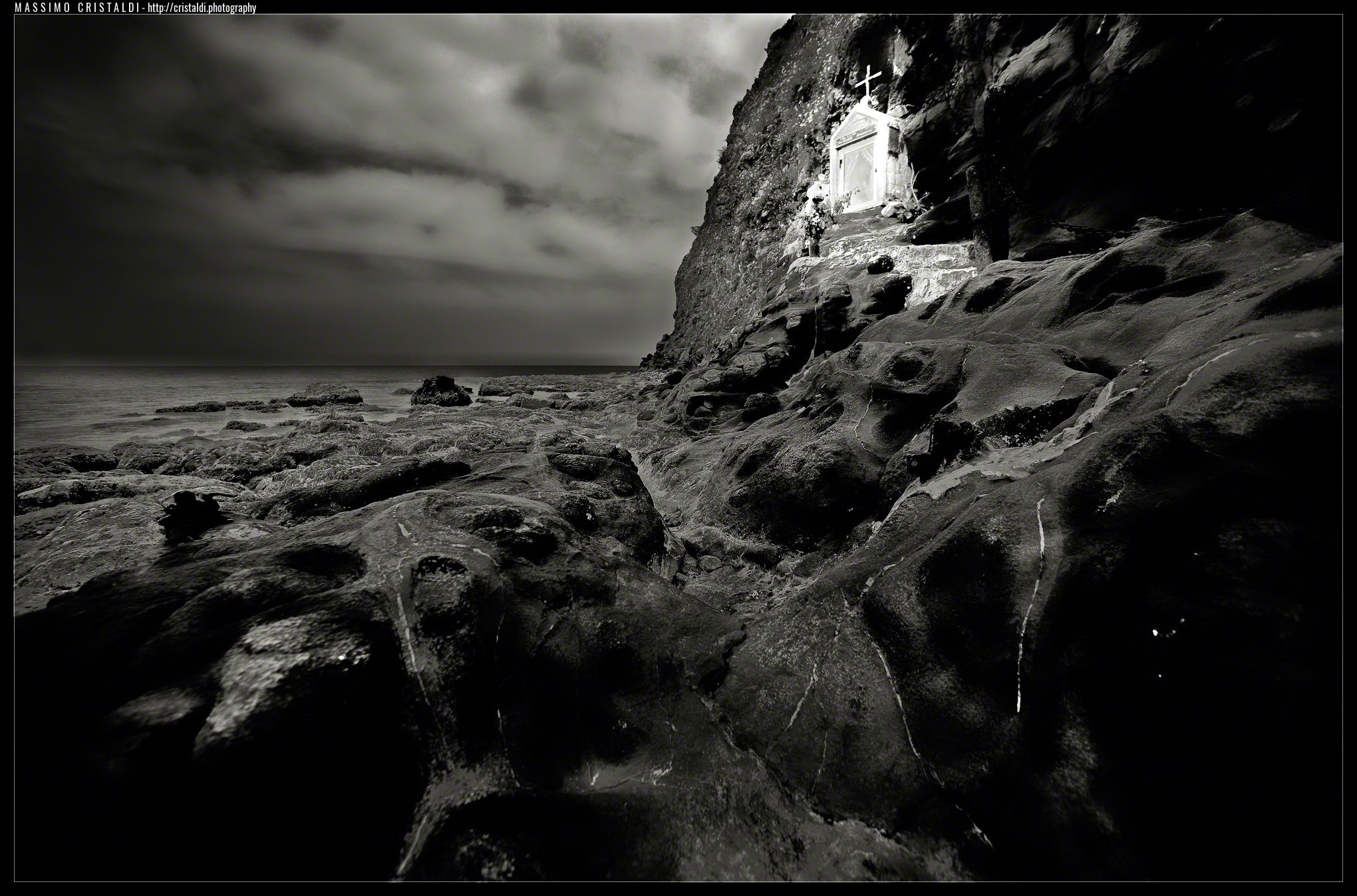 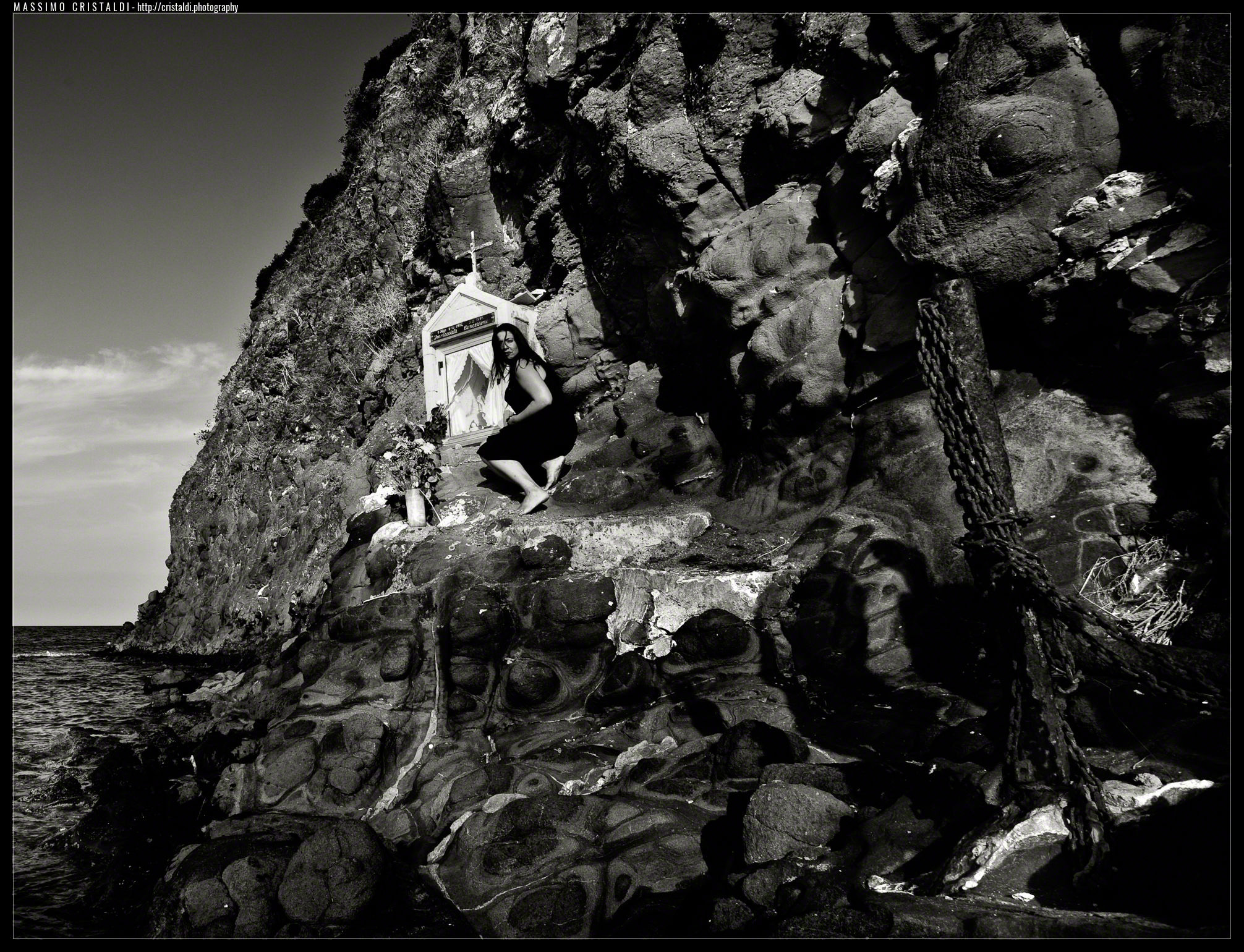 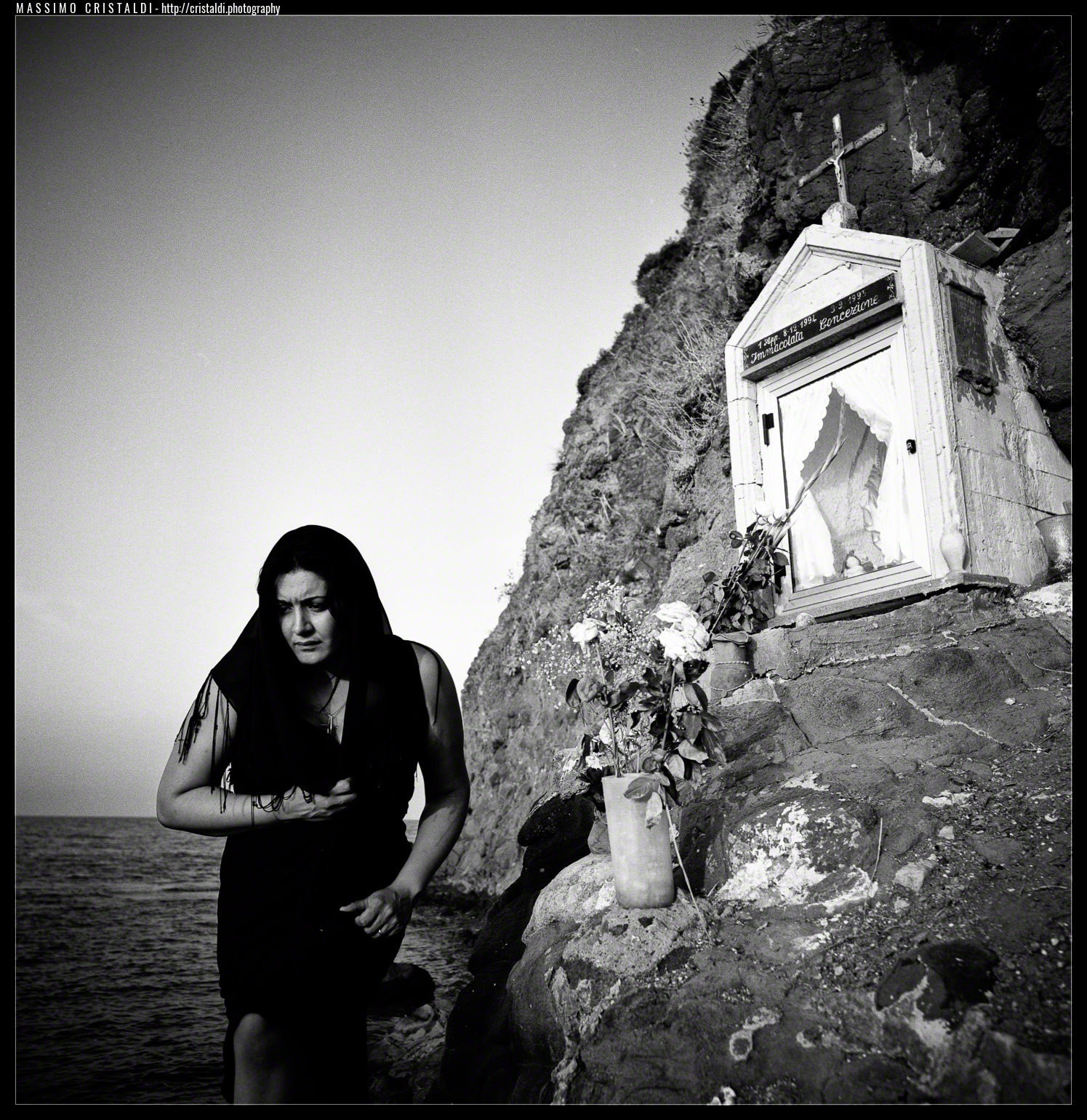 LUCIA IN SEPTEMBER 2007: TAKEN WITH A ROLLEI 6003 PROFESSIONAL

If you came that far reading you may wonder what happened some days ago. This time, motorbike riding along the cost, I came back to the Altarino with my Sony RX1R II. It was just by chance as it wasn’t planned in advance. But, having time, I thought that the Altarino was worth another visit. What I found?

What happened in between in those eleven years? It happened that, in 2009 I’ve started to take photographs of votive altars at night, leading to my project Simulacra. This is why that photograph, and that shrine along the coast, is meaningful for me: coming back there 11 years later was the right tribute for a place that drove what I shot (and I’m still shooting) after. 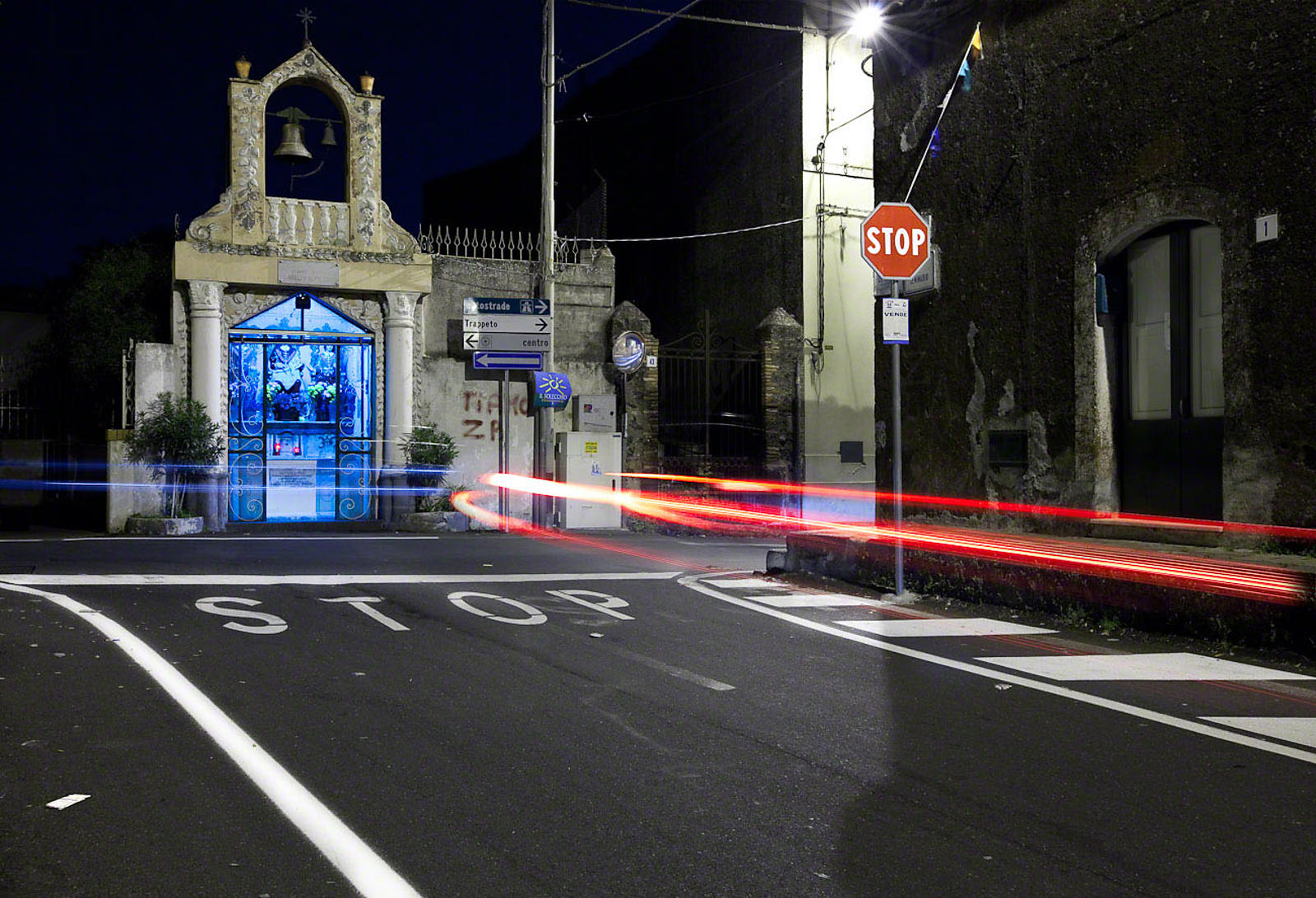