Whoever follows me knows what has always been interested on small cameras with great image quality. From the early Panasonic attempts with the “venerable” LX3, to the Fuji X100 and X100S , I have always been attracted by small traveling companions to take always with me. Of course, as I have written several times, I have always used for my “important” works heavy and bulky tools. At the end of the day picture quality is definitely the most important thing for me: quality means not only definition but, more importantly, three-dimensional look which I’ve always found on medium format cameras or, with some limitations, on special lenses like the my beloved Canon Tilt Shifts. Being primarily a photographer who loves the night, almost all of my work is based on tripods and long exposures. My prints have always been of big size, so resolution has always been a factor to be taken into account when selecting a camera. For this reason, from the photographs to the scans to, finally, to the prints my workflow has always been long, arduous and, at times, tedious. I have tried , over time, some digital backs. But the night is not the ideal playground for Medium Format Digital, not so much for the high ISO (generally insufficient) but, more importantly, for the way CCD sensors render artificial lighting. In my experience CCD response was difficult to recover in post-production. So, in latest years , I have been forced to make a series of compromises: extensive use of medium format (film), various post processing techniques: strategies, which inevitably always have lengthened the time of processing of each single photograph.

And now Sony comes out with a new camera, full frame, 36 million pixels that, with some adapters, you can use with many lenses, including my Canon TS. For details on the camera, I would suggest you to read the various sites that have already detailed at length all the pros and cons, from DPReview to SLRLounge. There are also forums, among other things, overflowing with images taken with any A7/A7r in combination with all possible lenses, vintage and not. To get an idea given a look at this link on FredMiranda.com.

In this post I will only focus on some interesting impressions of use, mainly on tripod and with Tilt Shift lenses(especially the Canon 17mm TS-E), with my experience in the field (I actively use the camera from about three months).

The files that the camera produces are really very good. DxOMark assigns the same score to the A7R and the D800E sensors. 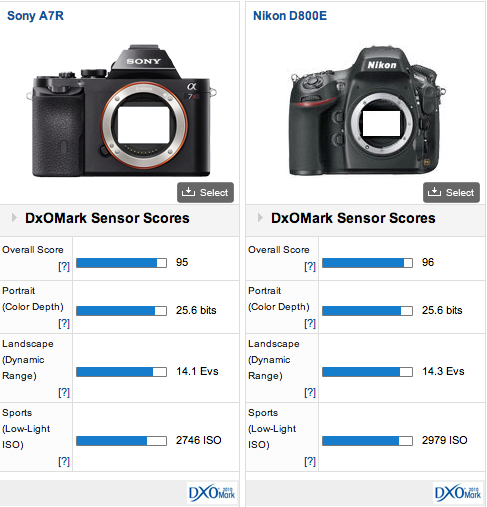 So, nothing new here. RAWs are compressed: I’ve never seen an issue out of this (questionable) technical decision from Sony. Of course the option to have an uncompressed RAW would be a nice to have in a future firmware release.

Many, with Lloyd Chambers, found that the camera suffers from vibrations induced by the (noisy) shutter mechanism. Jim Kasson is studying, with an in-depth series of articles (the last, for today is here), the issue and noted an influence, especially on long lenses, induced by the shutter “slap”. I refer to their websites for further considerations: I can say that in my normal use on tripod I’m always within 50 mm, and, hence, I have NEVER seen a visible effect of this problem on my pictures (also because the problems seems that there are mainly between 1 / 80 sec and 1/125 and then magically disappear on long exposures). It also seems that you can mitigate the effect by using two different anchor points (click here for details on the workaround).

And, to try, I also mounted my Canon 70-200 F4 L (metabones adapter) with Gitzo GH2780QR Head, Tripods Velbon carbon lens mounted on collar – 20 sec f5.6 ISO 100, developed with IRIDIENT DEVELOPER, no processing nor sharpening except what has been done, by default, by Iridient developer. Here are some crops. If you’re interested in the RAWs please ask. 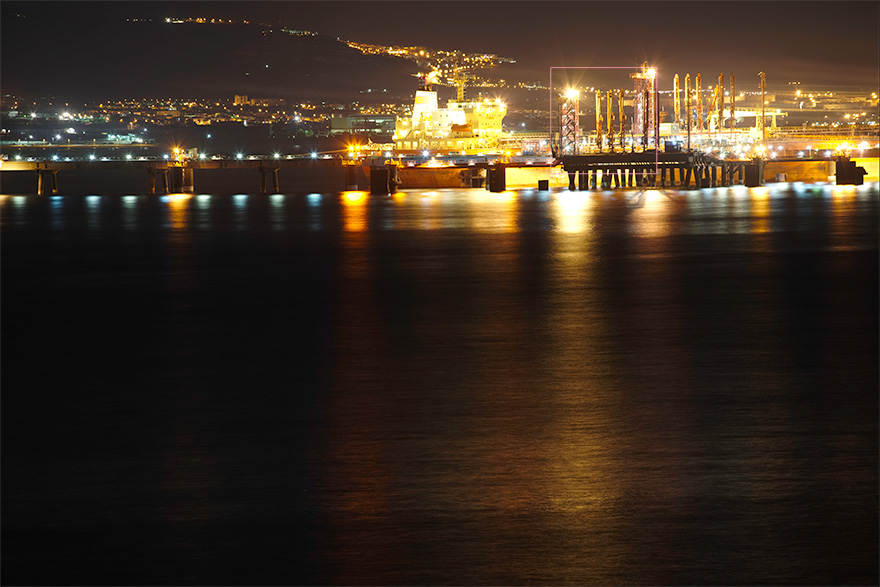 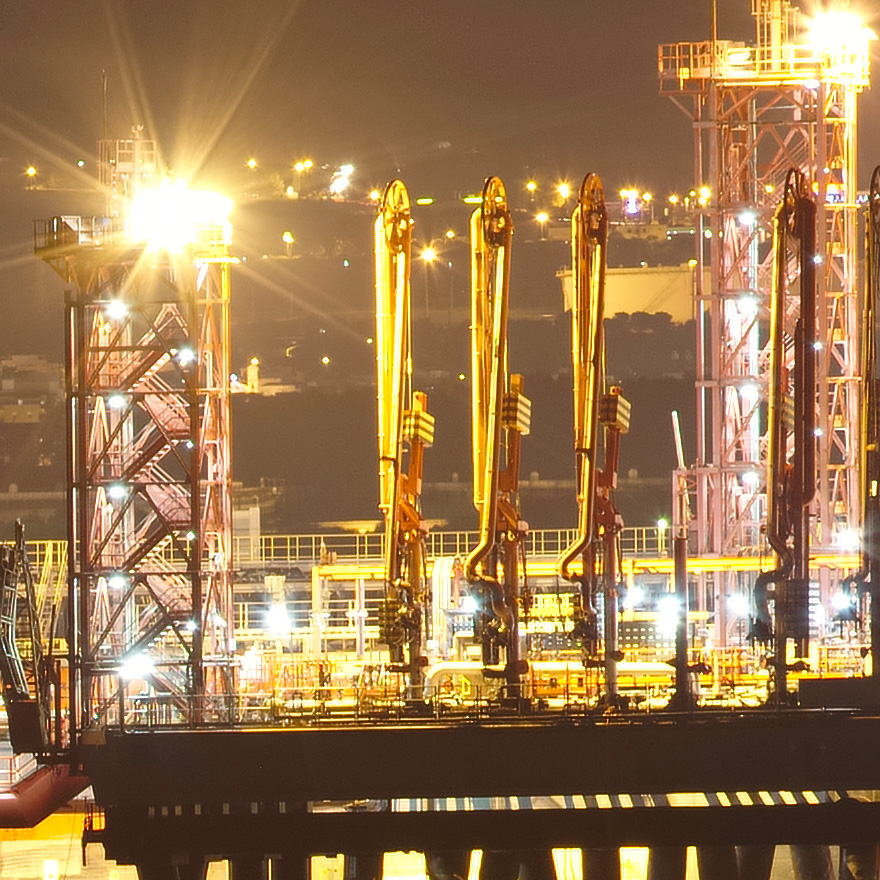 The JPG are of good quality. I thought Fuji X100/X100s JPGs were insuperable but Sony did at least the same. A setting that I use a lot, which I assigned to “M2” for “snapshots”, is JPG extra fine @ 16Mpixel . The images that come out are excellent from all points of view, tone , and (non existing) noise. Frankly speaking I haven’t experienced the issues DPReview reported on A7-A7r JPEGs. One issue that has always seemed to me of interest, as I have already written several times on The Visual Experience, is finding which RAW processor allows you to get the most out of this camera.

The Best RAW processor for the Sony A7R

I have tested the following software:

I omit intentionally here yet another disquisition on the pros and cons of each software. Let me bring my impressions compared to the best output quality in terms of details. The scene that I have chosen is a handheld photo done with the Canon 17TS-E. 1/320s @ 7.1, ISO 100. Conditions almost perfect, apart from the fact that I have not used the tripod. Several shift upward to compensate the dangling lines of the church. The photo, as you can see, it is not “perfect” from the geometrical point of view, but it is sufficiently rich in details not only to appreciate the excellent resolving power of the camera/lens pair but also to make some assessment in relation the best raw processors for these files. 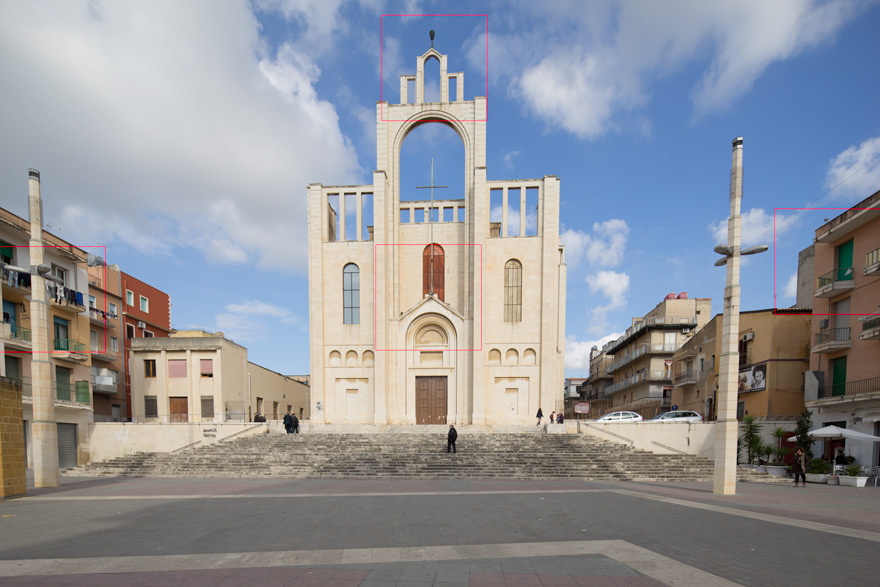 In summary the results. Sony RAW and Capture One not have impressed me. The best results with Adobe Camera Raw, and with Iridient Developer, with the second even better than the first thanks RL Deconvolution sharpening algorithm which is discussed in detail on this thread on LL (I highly recommend reading it to the end). Following a series of CROP highlighted areas in the picture, in which, from time to time, I put in direct comparison Iridient Developer and ACR. 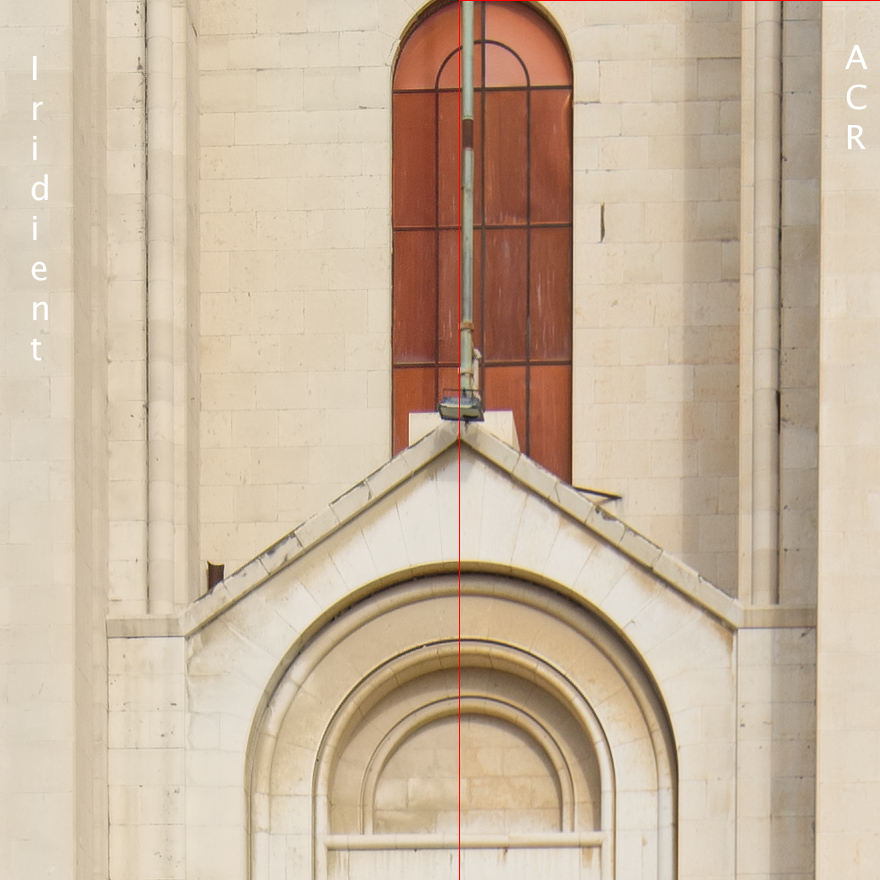 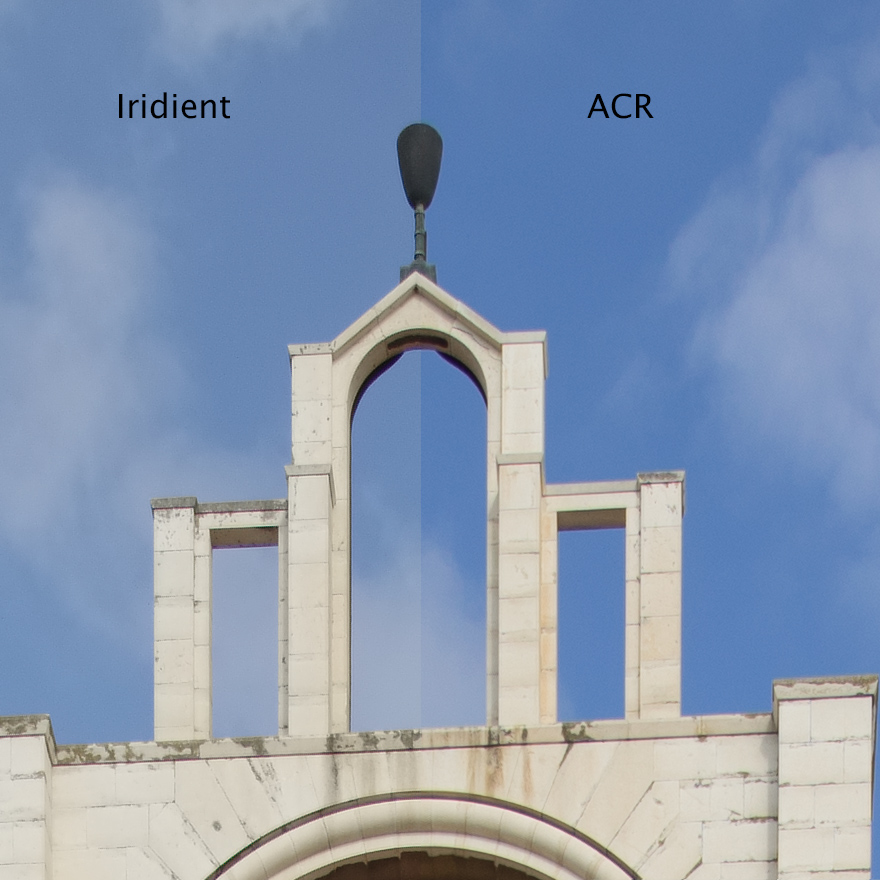 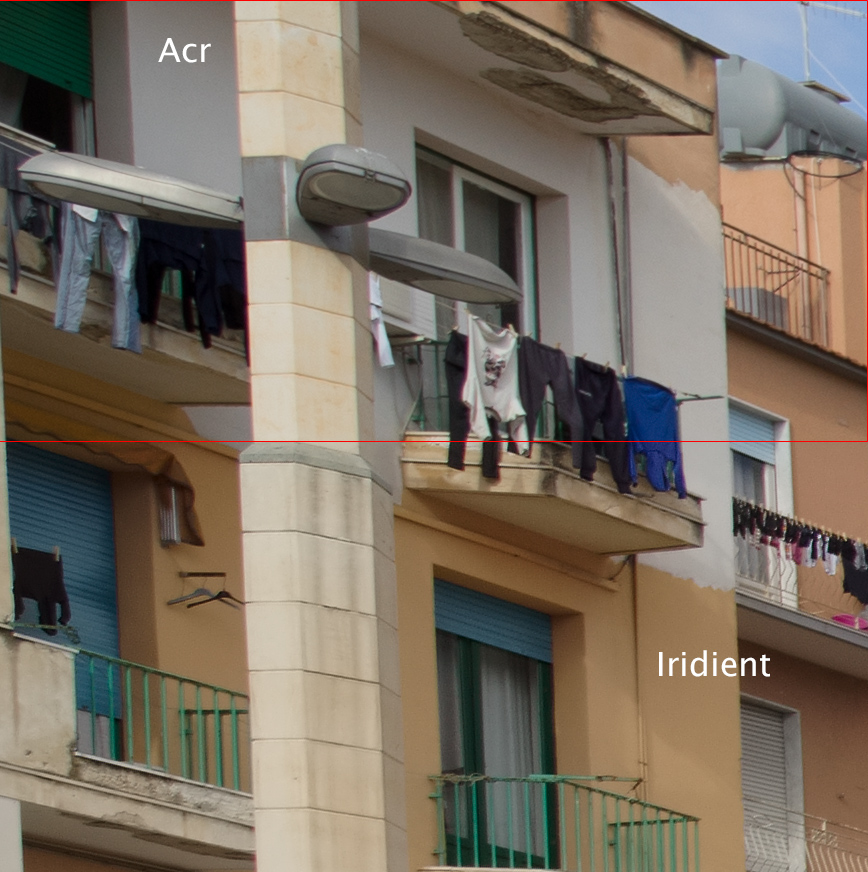 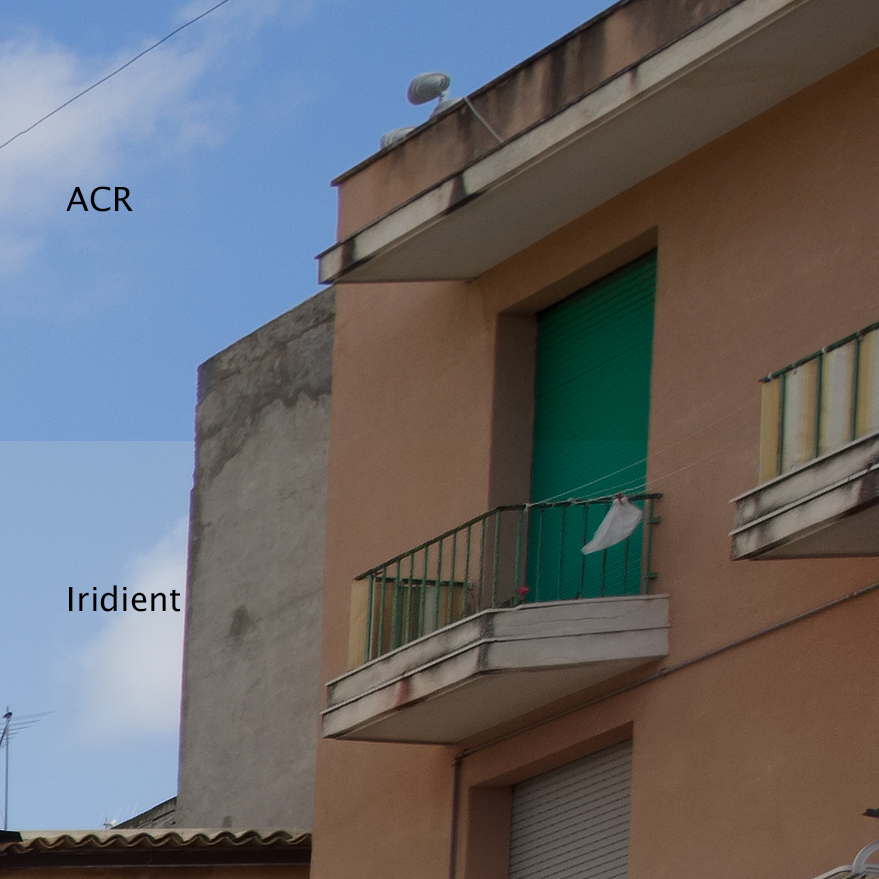 The most picky will tell that you can do better, and certainly it is possible, i.e. to eliminate the little chromatic aberration, enhance the colors etc.. In fact, I have not touched in these CROPs NOTHING from the default settings for both the software (except for the choice of RL Deconvolution of Iridient Developer), with the idea of ??showing an image as close to what you see on RAW and allow you to appreciate how the camera is effective with the 17TSE.

Further considerations (for my shooting style)

During these months I have had the opportunity to appreciate :

I have rather liked :

Questions ? Use the comments below.