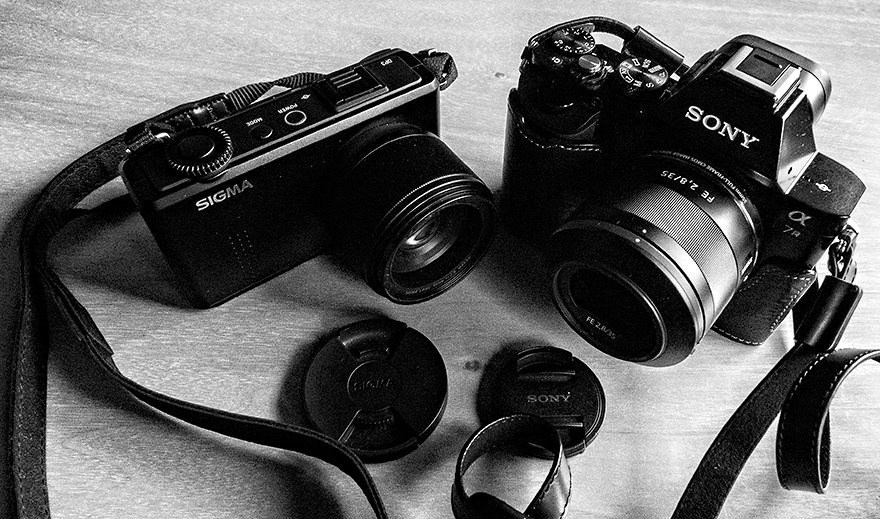 This is not a “comparison”, focal lengths used are different: I wanted just to see if the two camera can be used fruitfully together without major issues in terms of image quality.

Despite of all the voices “against” the Sony A7R (shutter slam, light leaking, confusing menu) the small Sony is a great camera, with a very good sensor. Paired with the Sony Zeiss 35 it gives you a lot in a small package: great output quality, small size, acceptable autofocus and reasonable FPS in continuous shooting mode.

I’ve used it very much over the last months, paired with the Canon 17TSE, realizing some of the photographs of Touch Ground and in a low-light street photography scenario in Scicli (Sicily) a wonderful baroque town, shooting @ISO 6.400, 1/80s, f2.8 without any problems in focusing and in performance. 450 photos on a Patona battery (airplane mode), much more than the original Sony battery… Very pleased with it, it is similar to my Fuji X100s in terms of speed but with… 36 Mpixel available…!
Now I was thinking to get the Sony 55mm that should be really a stellar lens… But it’s a focal length I don’t’ use much and I have already the 50mm Contax Zeiss f1.7. With the great price drop of the Merrills I decided to jump on the Foveon boat, and got, led by instinct and by the great images I’ve seen online, a Sigma DP3 Merrill for only 430 Eur.

If you rate image quality at first in your scale as I do (still using my film MF Rollei rig!) YOU SHOULD BUY A MERRILL NOW. It’s true: slow writing time (but the camera is nearly immediately ready for the next shoot while writing), circa 80 photographs on a battery, but WOW!  The output quality is on pair with the Sony in terms of sharpness but with a peculiar rendering style that I like very much.

What follows is a demonstration taken without tripod at full (harsh) daylight and f8 in aperture priority. The Sony metered quite right, @1/320sec. The Sigma overexposed the scene a bit using 1/160sec. Nothing not easily recovered in post processing. The resulting RAW where processed in Sigma Photo Pro (I like Iridient Developer more, but I didn’t want to give Sigma an advantage) and in Lightroom 5.3. The Sigma raw was just adjusted 1 stop down and I used some X3F fill light to give the shadows some more brightness. No tweaks on sharpness on the Sigma. The general color balance of the image was really different. So I’ve used the same sample points in both images to arrive to a similar result in terms of chromatic response.

The Sony RAW was adjusted in sharpness and clarity, to give the image the same “punch” that is native to the Sigma. Together to this sharpening I’ve added some “clarity” (25). That’s pretty normal for Sony RAWs that need some “capture” sharpening. Both images where converted in ProphotoRGB 16bit TIFFs and compared in Lightroom. Full size photographs are available on Flickr at this address but you can also request, if you wish, the original RAWs for your own comparisons. 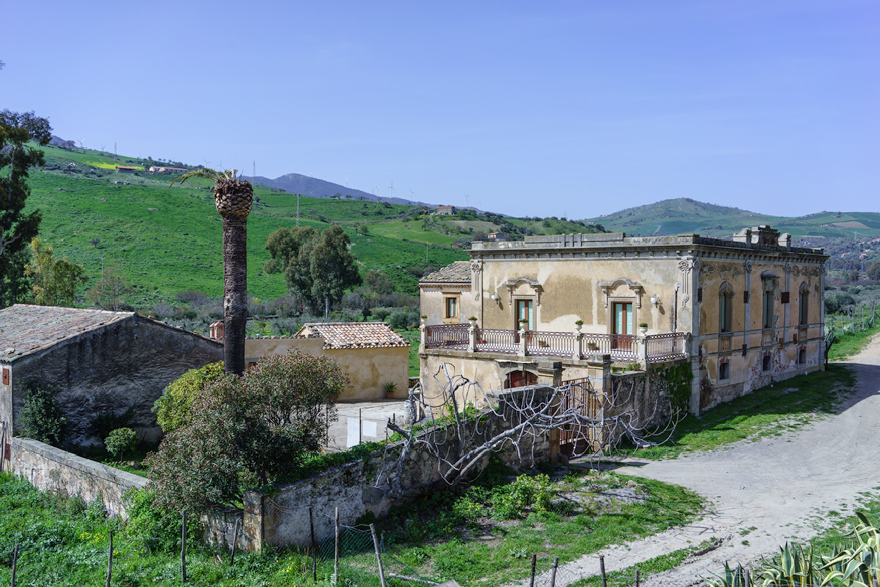 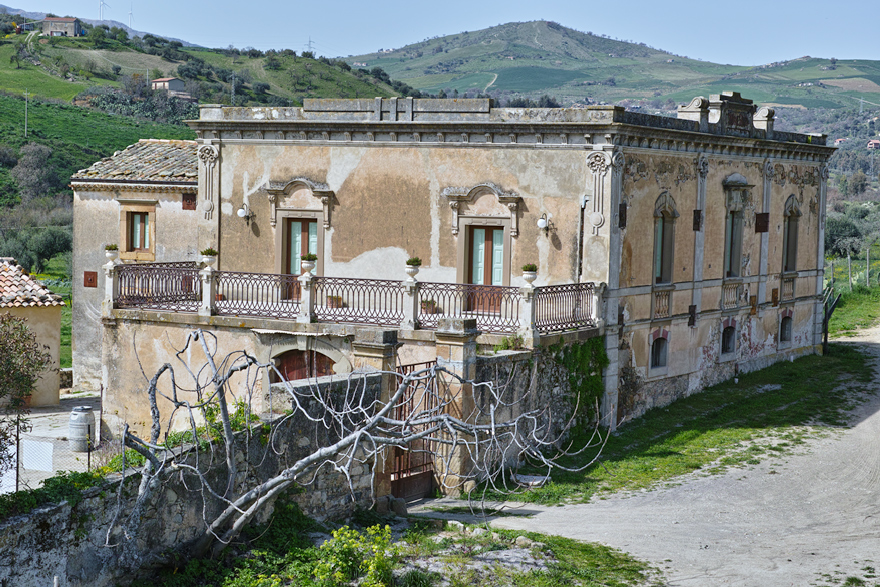 Same position, few seconds one after another. Both the photographs show a good degree of tridimensionality. The 35mm perspective is, of course, wider so I’ve included some more elements in the foreground. The 75 mm is shows only this gorgeous, old, typical sicilian building. 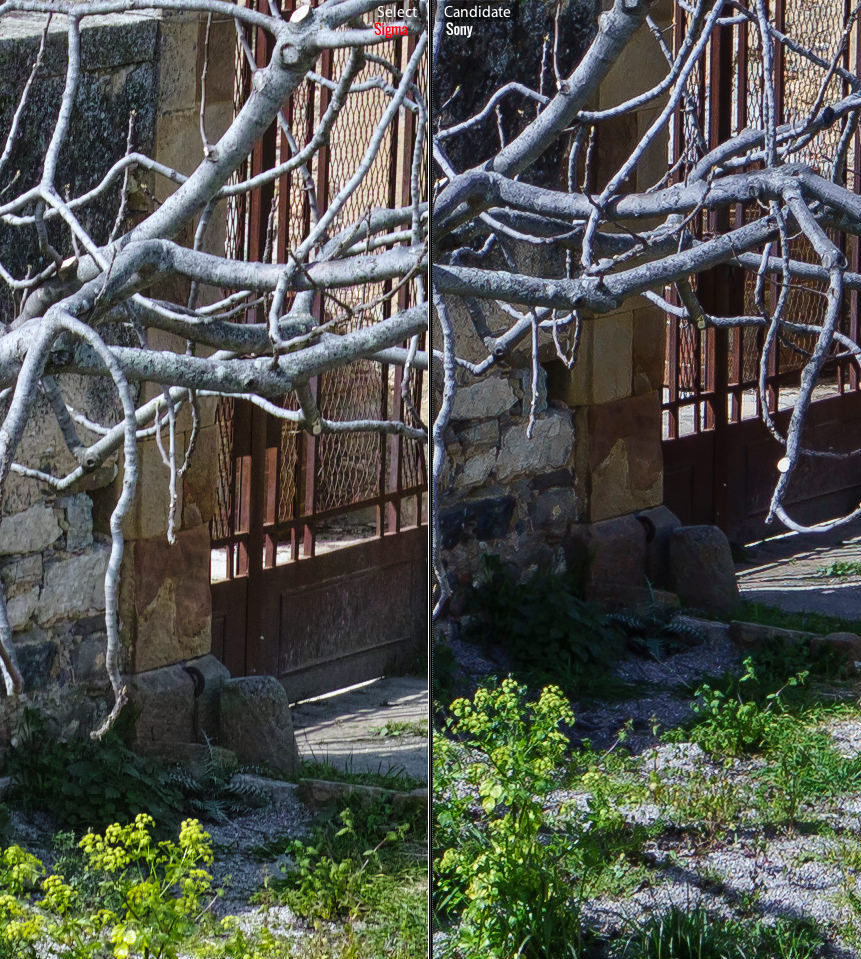 You can judge yourself. The 36Mpixel Sony + the excellent Sony 35FE gives an image a bit smaller, from the same position, then the Sigma. The Sigma file is really detailed and, given that it was processed only by Sigma Pro Photo, can be bettered a bit in Photoshop. So I’ve loaded the file in Photoshop CC, converted in smart layer and played with the Camera RAW filter to add some clarity and sharpening and hence to have a similar processing to the Sigma one. 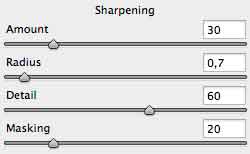 Adding 12 of clarity and the sharpening settings the file looked even more similar to the Sony one in terms of detail.

What looks interesting to me is not just the details that are visible in the following comparison that gives to the Sigma the “normal” advantage of something shot with a 75mm lens, but the way the Sigma renders the architectures.

To me, amongst the three, the DP3 is the most interesting, also because you can easily stitch multiple images arriving to very large file size. 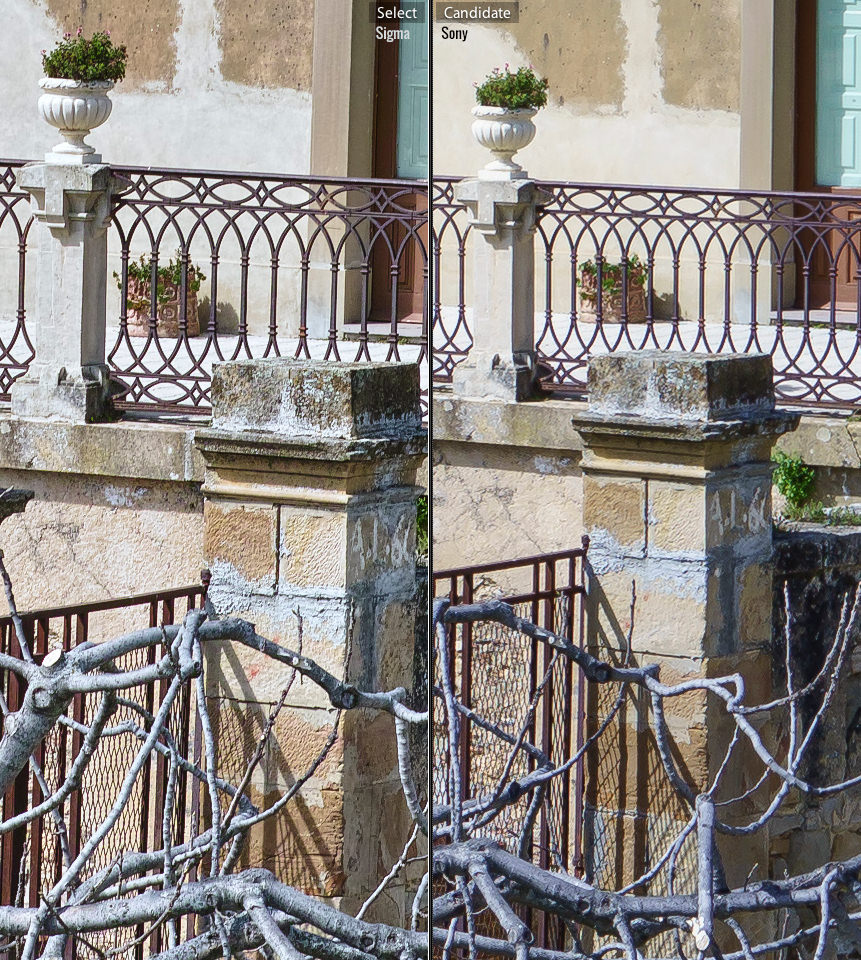 I believe that for someone used to “older” and bulkier cameras the Sigma proposal, especially if used in combination with the Sony, gives a mind blowing output quality in a really small package. Very curious now to see how the new DP Merrill Quattro performs. So far the two cameras are a really a nice pair together, each one with their own peculiarities and, for me, with very few drawbacks.