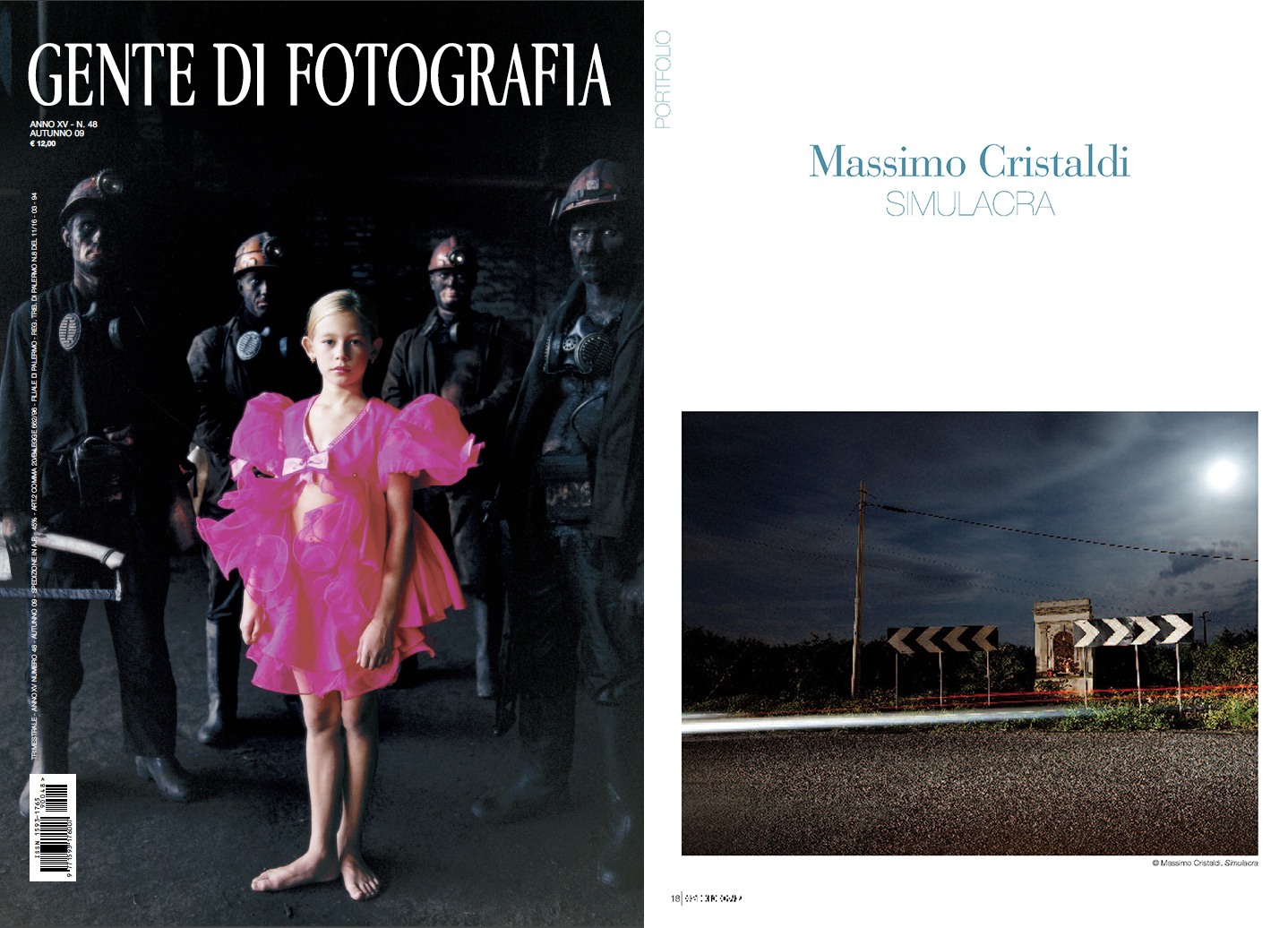 Alan Rapp – Massimo Cristaldi’s Simulacra depicts small-scale Southern Italian religious edifices in nocturnal composure. Photographed from an impersonal middle distance, these ensconced and freestanding roadside shrines stand humble, sentinel. The religious icons within them are largely unseen, their very existence called into question by the effects of the long-exposure Cristaldi employs even their own interior glow precludes their visibility. In this average streetside context, the physical and supersensible signifiers are conflated. Physical cars may recede into the sort of light-streaked oblivion generated by a slow shutter at night; the stationary but seemingly remote shrines themselves over-expose to create an indeterminate burst of light. Whether freestanding, bound solidly to the earth, or tucked into massive exterior walls, these votive structures yield to Cristaldi’s subtle exploration of their latent luminous qualities via long exposures.
Night photography is now a fairly well-established genre, yet the subjects of Cristaldi’s series are not derelict factories and abandoned institutions familiar from his American colleagues. The sense of loss here is different, though not as obviously religious as it is cultural, allowing to “galloping globalization and by general indifference,” as Cristaldi writes. Cristaldi adopts Baudrillard’s elaboration of “Simulacres”(1) as the theme of this body of work. Levels of representation and simulation (which Baudrillard di – stinguishes among) are both engaged: the subject of the photograph is an edifice to an invisible God (or Mother or saint thereof). In this respect, Cristaldi writes, “these photographs are simulacra of simulacra.” To this one could add an additional level: the architectural. Comprised as much by the negative
space of the arch as the columns that describe them, and topped by diminutive pediments, these simulacra are caricatures of classical architecture in miniature. Automobile lights – seen in ribbons streaming by and around these structures – disorient any reverential purpose these shrines bear. Set among municipal streets (however empty and quiet they may be at this hour) and just off rural roads, these altars don’t seem to function beyond an urbanist and traffic-flow context. Function has superseded tradition, as in the picture where two zebra shields point in opposite directions away from the open-air icon that sits between them. The modern gaze will instantly recognize the bold warning bands, and perhaps left to puzzle over the contemporary function of the small edifice and figure at their center. In some cases the altars recede into their
backdrop planes. But Cristaldi also creates an additional irony: the head- and taillights describe numinous orbits around the shrines. These cars may be the last angels attendant to the divine.

A PDF of the article is available for download 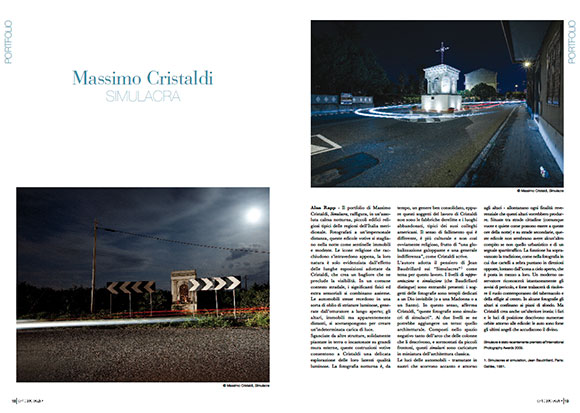