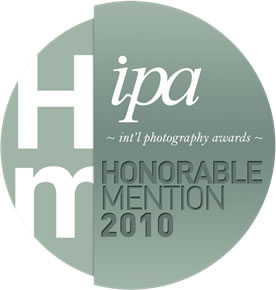 About Winner:
Massimo Cristaldi was born in Catania (Italy) in 1970. His professional career started in 1994, when, after a degree in Geology, he began manging international research projects. Art is, nevertheless, the environment in which he grew up and Photography the way he can set his interior creative side free. The driving concern of his work is focused on traces that Man and time passage carve over Nature and Things, representing, in particular, effects and sings on what remains. He has been recently awarded at the International Photography Awards 2008 and 2009 at the B&W Spider Awards 2008, at the Photography Masters Cup 2008, at the Travel Photographers Of the Year 2008 and the the Prix de Photographie de Paris 2009. Massimo is represented by Farmani Gallery in the USA, Samuel Frederic Photography in Belgium, Netherland and Luxemburg and Lensmodern in the UK. Massimo Cristaldi lives between Catania and Rome.

About IPA:
The 2010 International Photography Awards received nearly 15,000 submissions from 103 countries across the globe. IPA is a sister-effort of the Lucie Foundation, where the top three winners are announced at the annual Lucie Awards gala ceremony. The Foundation’s mission is to honor master photographers, to discover new and emerging talent and to promote the appreciation of photography. Since 2003, IPA has had the privilege and opportunity to acknowledge and recognize contemporary photographers’ accomplishments in this specialized and highly visible competition. Visit www.photoawards.com for more details. 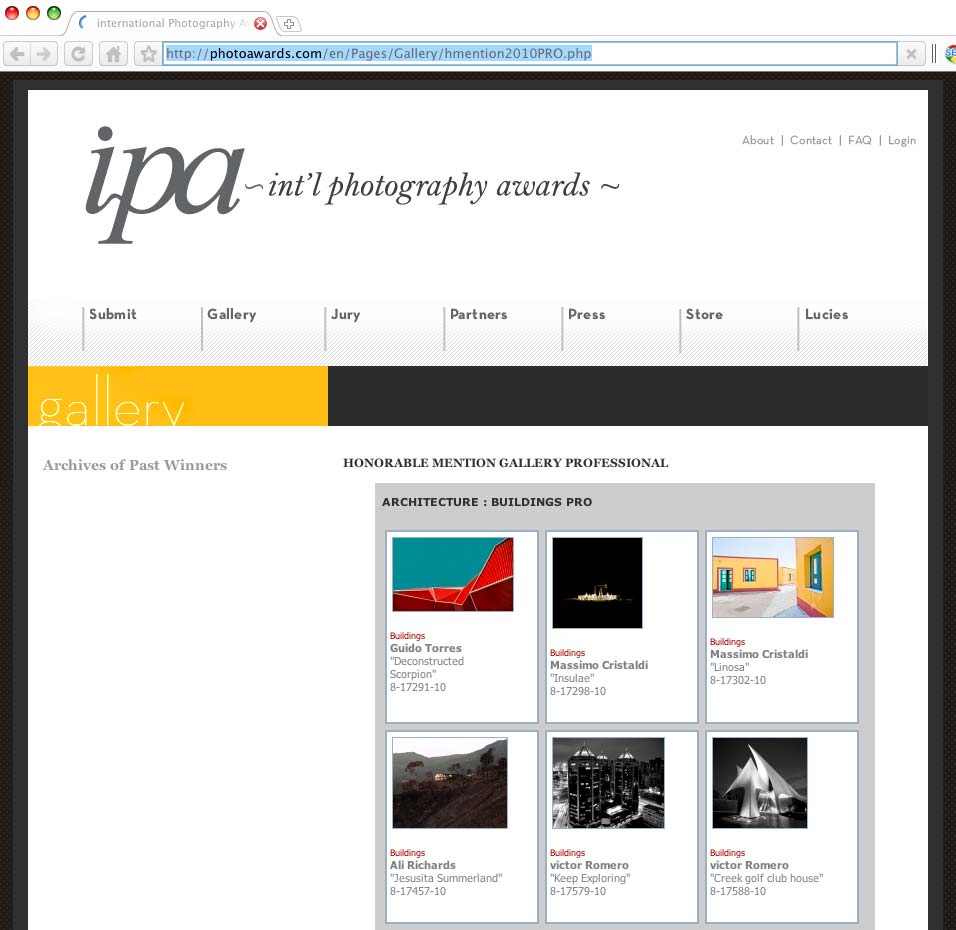 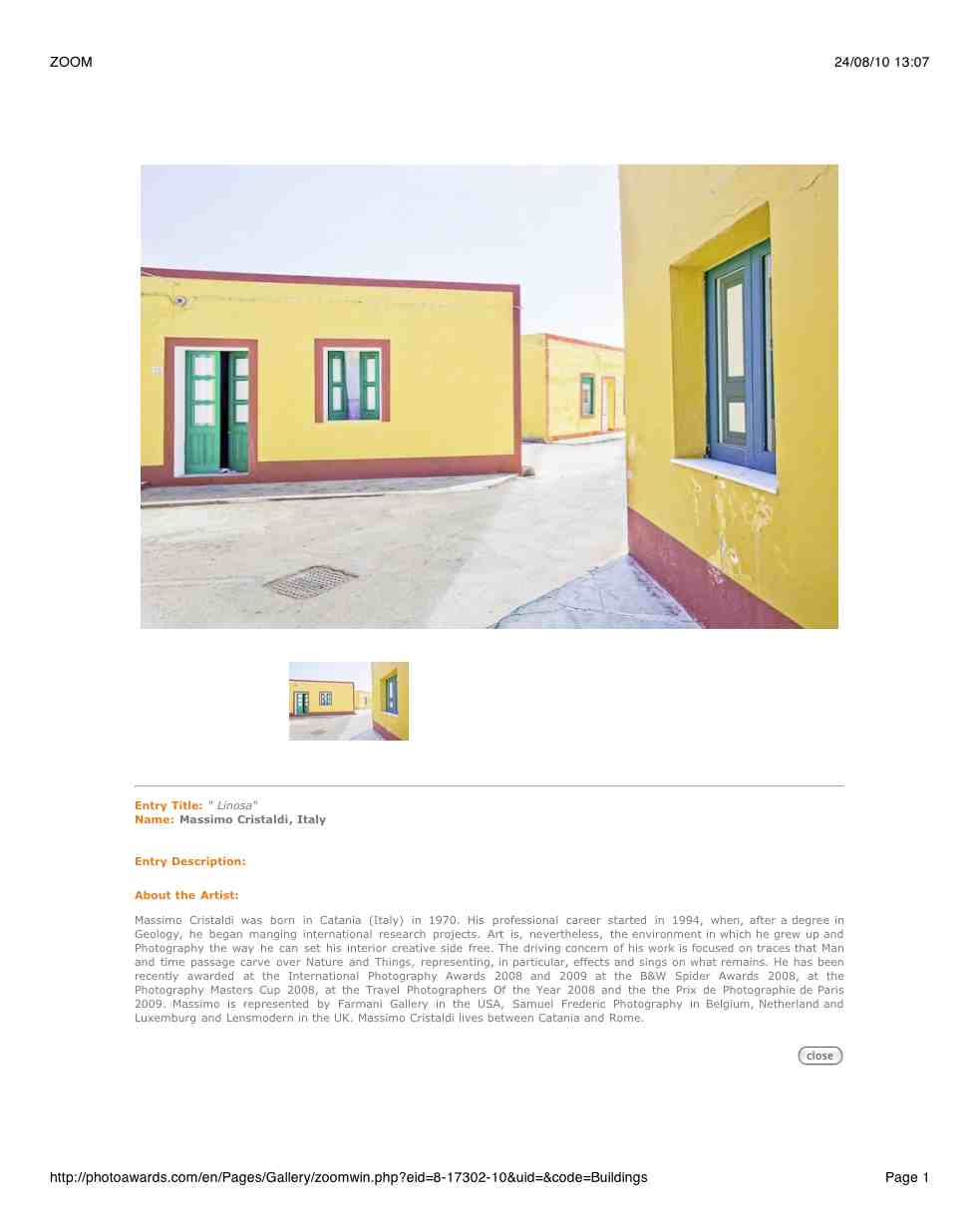 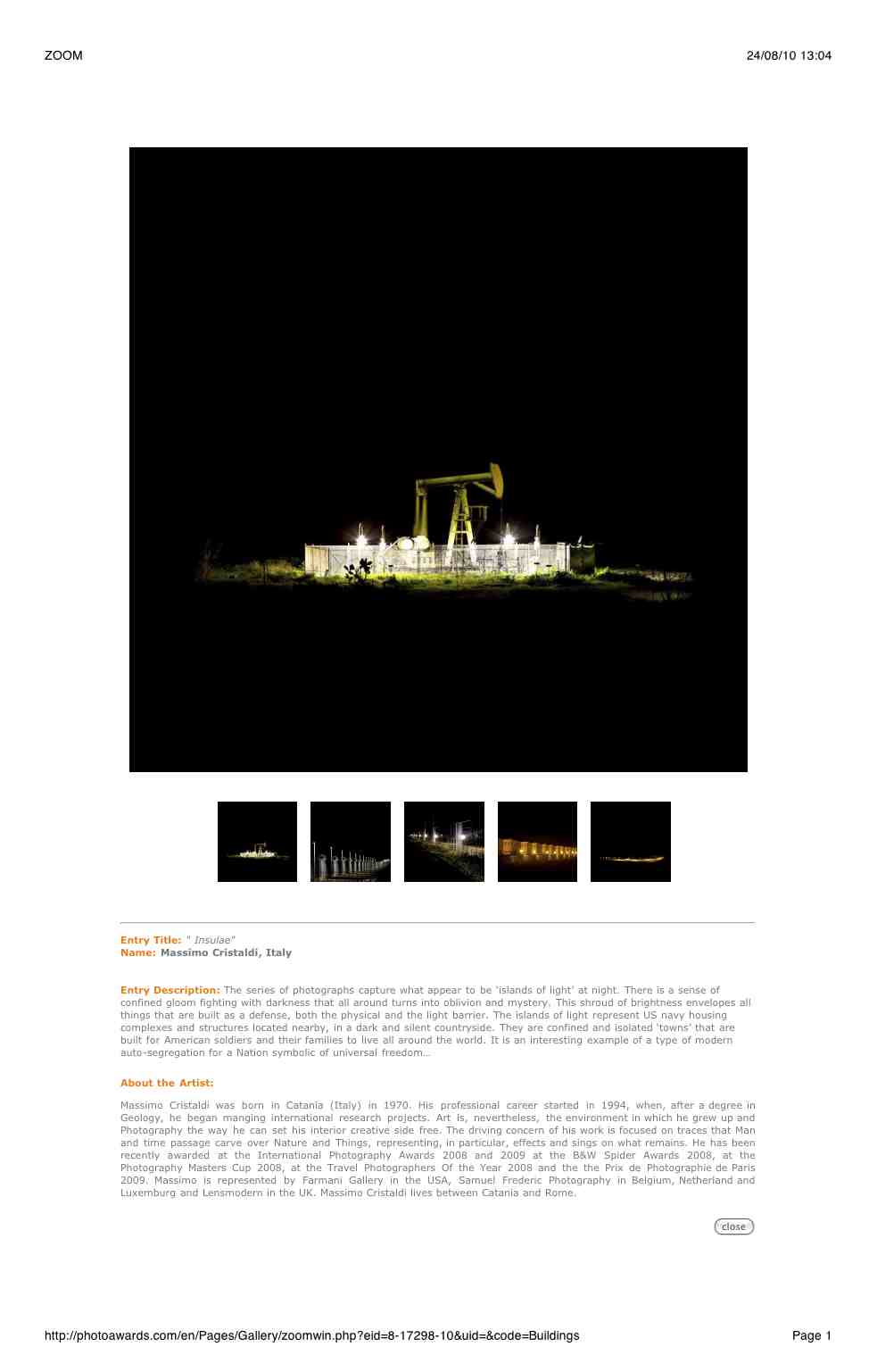