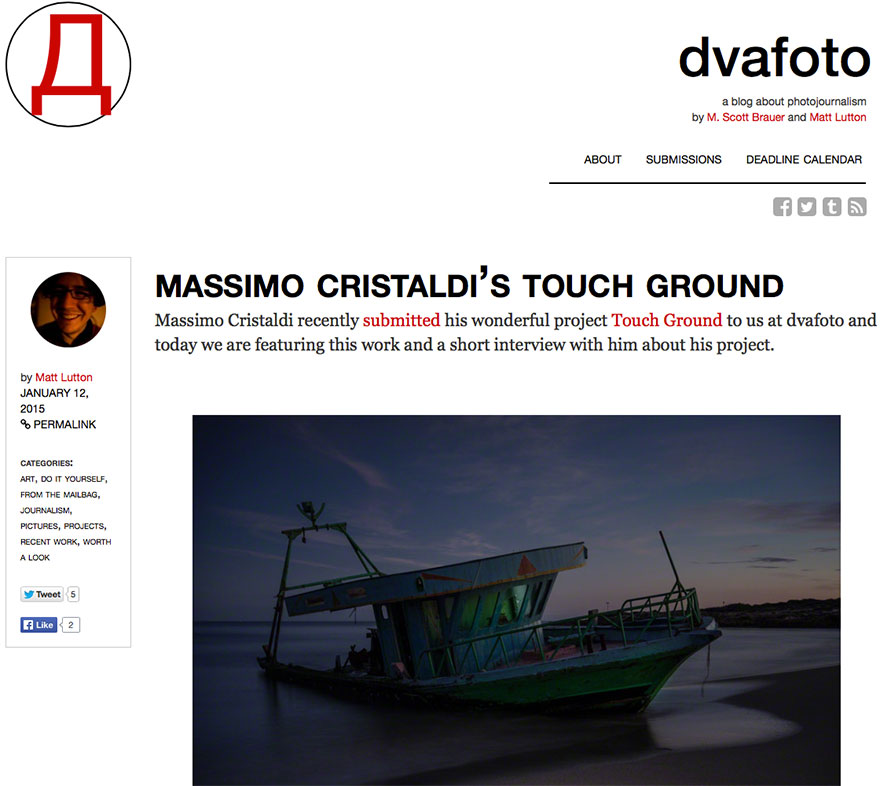 Have you made any news reportage of the immigration story in Italy?
Not really “news” reportage in the sense that I like to come back to a place after the happenings. I believe there are too many screaming photos of desperate people on those “hope boats” and, as often happens, we’re becoming indifferent to those images as they’re part now of the usual way of telling this immigration story. I would like to suggest to people a perspective of the sea from those who are coming to Italy, but still also show the perspective of those who live close to the sea. The limit between sea and earth gets a completely differently meaning on the basis of where you look at it.

How did you come to take this approach to documenting this large and important story about immigration?
In 2009 in Lampedusa I was blown away by what was happening. The traces of the arrival of immigrants were everywhere. So I started a long process of documenting the beaches, shores and the places where immigrants arrived. And started to take photographs of those places where there were many events, often fatalities, happened.

Is there something specific about landscape images at night that helps to tell your story?
Night is often the moment when they arrive. Night can be scary and the lights of the towns you see finally from the sea could mean a lot for who is on those boats.

Do you have a personal relationship to any of the communities where these boats have landed? Or with the sea?
Yes I do. I had long conversations with many immigrants that arrived to try to understand what they are feeling when arriving. What are those trips, what is the experience. Those conversations improved my idea of working on this project. The sea, on another hand, is magical for me. I love it. I was born in a city on the sea (Catania) and swim a lot. For me feeling the sea from a different perspective was a great experience.