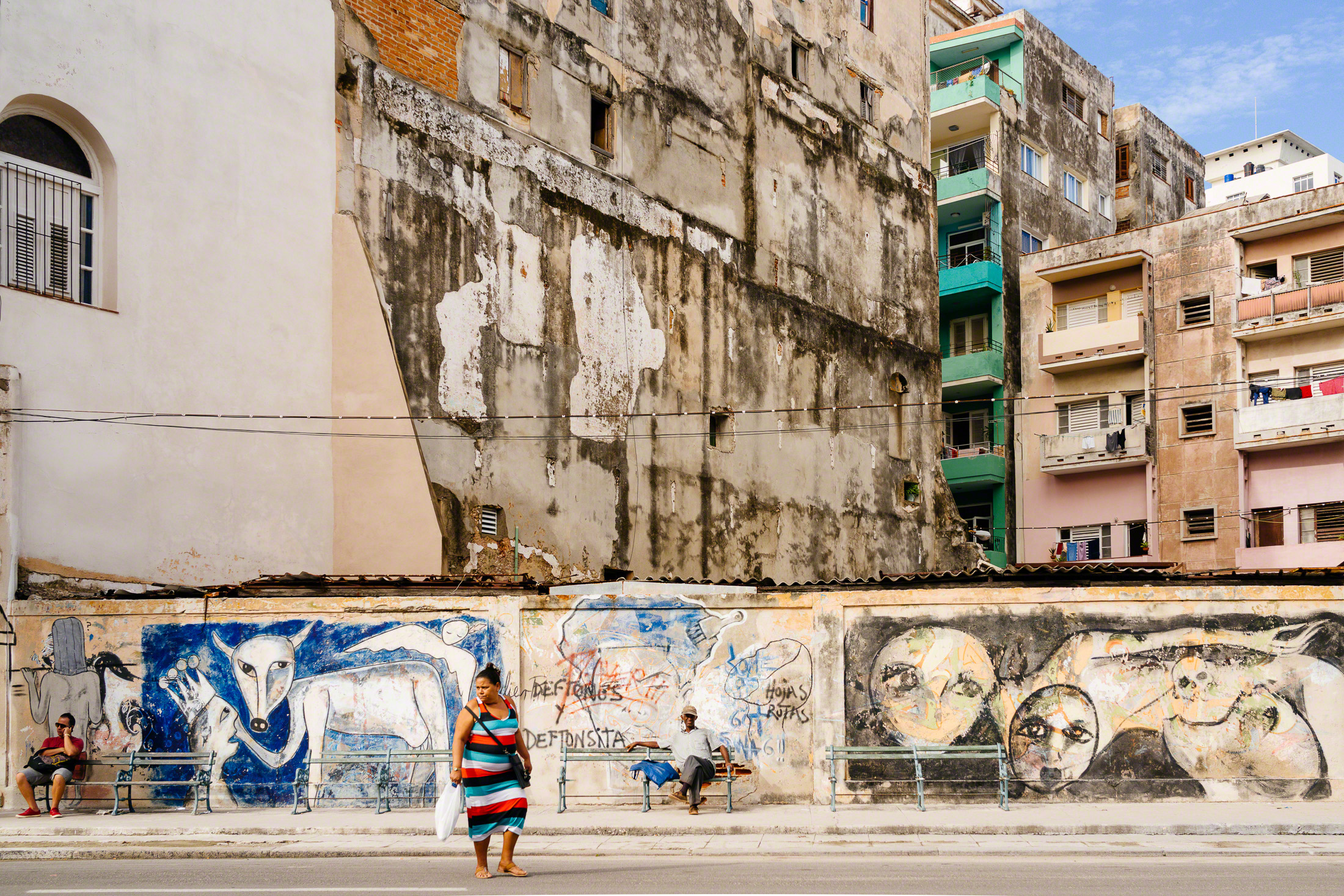 Cuba. A photographer’s dream. One of the most iconic and photographed places on earth. I was thinking to all this while buying the tickets, for me, my wife and Vittorio (our 4 years old toddler) to spend 3 weeks of december in La Isla Bonita. But I also knew that this could not have been a photographic trip only: I needed to experience the culture, the people and enjoy some holiday with my family.
The plan: start in Habana and then move around the country without any booking or reservation but just with a generic itinerary in mind. Sleeping in Casa Particulares, using taxis, staying with cubans.
So when it came the moment of defining what to carry, from the “photographer” perspective, the choices where already defined by the previous rules: travel light, be there and live the place: photographs will just be a mere consequence of the whole experience.

Travelling light means for me having a primary and a backup camera. One single lens and focal lenght. To enjoy the trip I really don’t want to bother about anything else. The choices where quite straightforward: Sony RX1R II as main camera (35mm) and my trusty RICOH GR (28mm) as backup camera.
But then all the “side stuff”: 6 batteries in total for the Sony (who runs for circa 200 shots on a charge), 4 batteries for the RICOH. 6 SD cards in various size, from 256Gb down to 32. A Western Digital MyPassport Wireless drive for backing up SD cards while on the go. USB chargers and cables. A powerbank that was never used. And then the bags. A main Think Tank Retrospective 30 to put all the stuff inside and use when commuting from place-to-place. And a Cosyspeed Streetomatic, holding the two cameras, to be used when on location. The bags combination was perfect. You always need a “main bag” that contains all the accessories and something more, such as document, travelling stuff etc. But then, with so small cameras, you just need a small cosy bag. The Streetomatic turned out to be a great companion. Easy to use, light, durable and, even when filled up with a bunch of things, always light since you carry it at waist level.

My Sony is “kitted” with the Fotodiox Grip that I find absolutely useful to hold the camera better. A wrist strap by the nice people at Tie Her up. The finger holder by Cosyspeed on the second camera hook. The Fotodiox Lens shade. That’s all. The RICOH is always “naked”, I think it doent’ need any further tool to be used at its best. 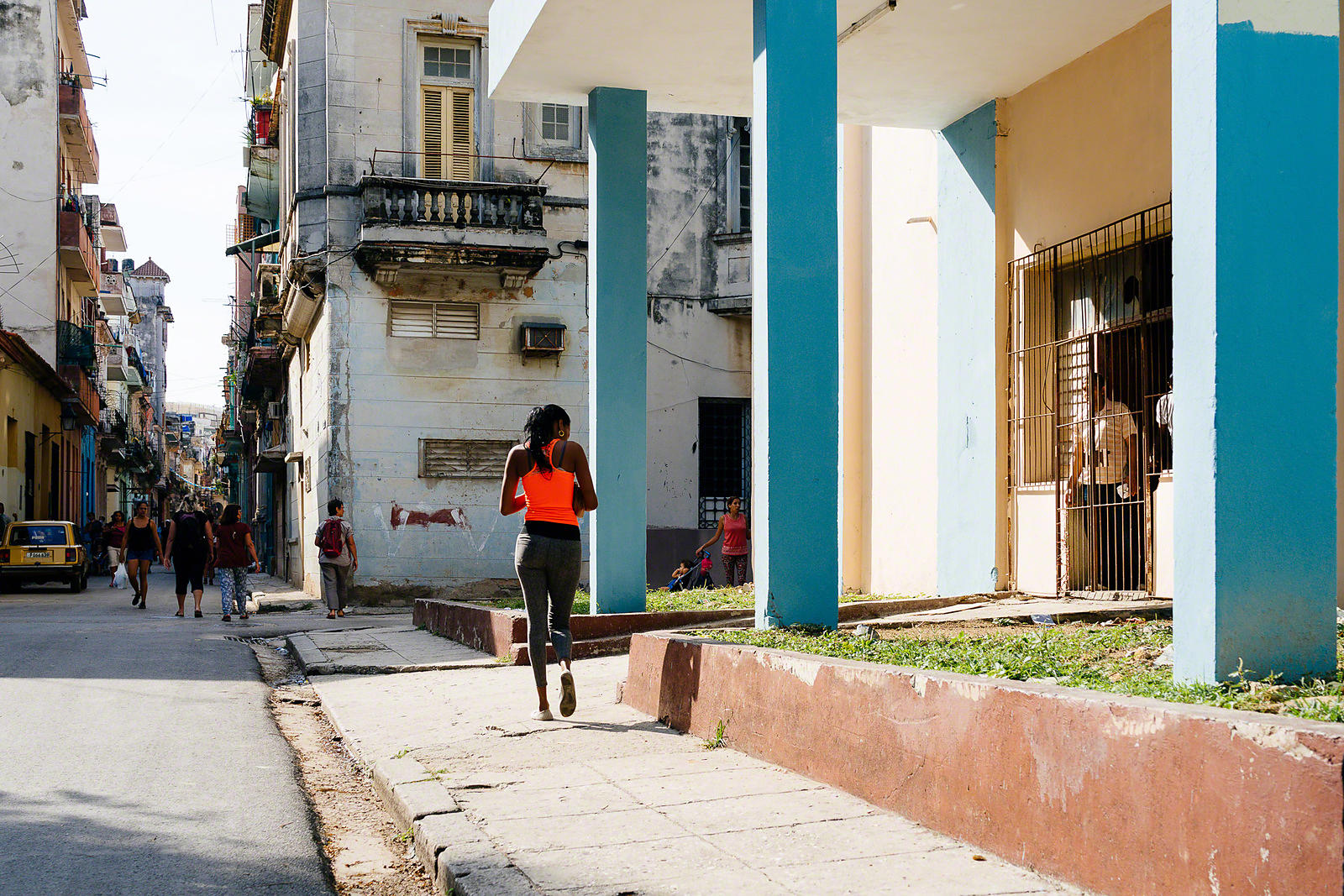 4 nights at the nice casa particular of Funny Acosta. Great guest, clean house, super location to see the whole city. Do the typical tour: Havana Veja, Centro Habana, Malecon, but don’t miss to get into the houses, make friendship. If you have your kid with you it will be nearly an advantage as cubans love childrens and they’re really doors opener. Of course, do not expect to take “original” photographs here. This city has been photographed in all possible ways. So sit back, relax and enjoy what you see. 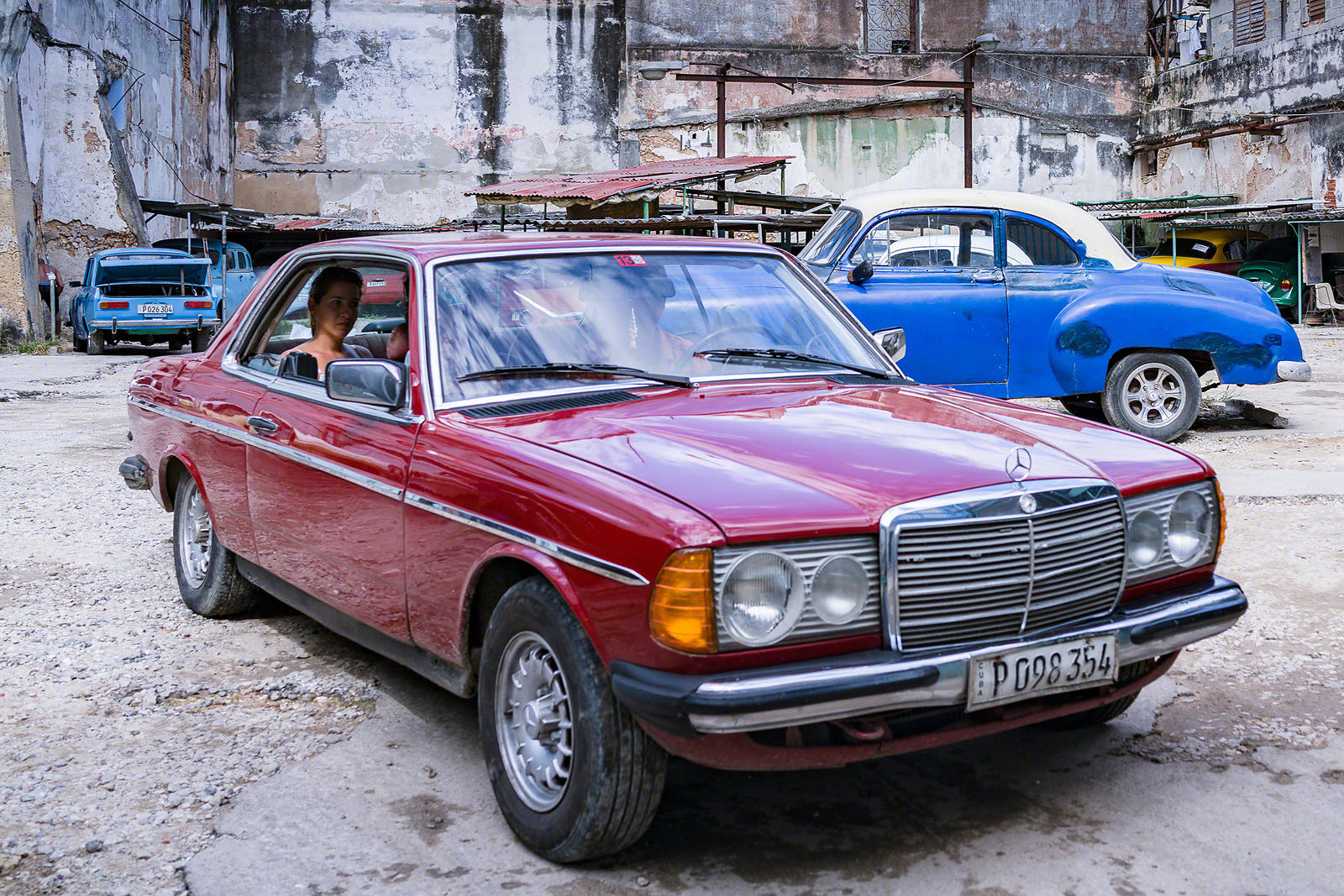 2 nights at the casa particular Idisbel y Kirenia.
Vinales is pretty much a “sort of” gipsy town in the middle of a fantastic valley. Take the horse excursion. Go to Cajo Jutias. For nature lovers this is the most amazing valley I’ve seen in Cuba. Vegetation is magnificent. Follow the guides and stay by Casa Idisbel y Kirenia, Street Primera # 13 / 2nd & 4th Neighborhood La Colchoneria, Vinales. Phone(s): +53 48 695601 Mobile +53 53429209. Kirenia makes fantastic breakfasts. 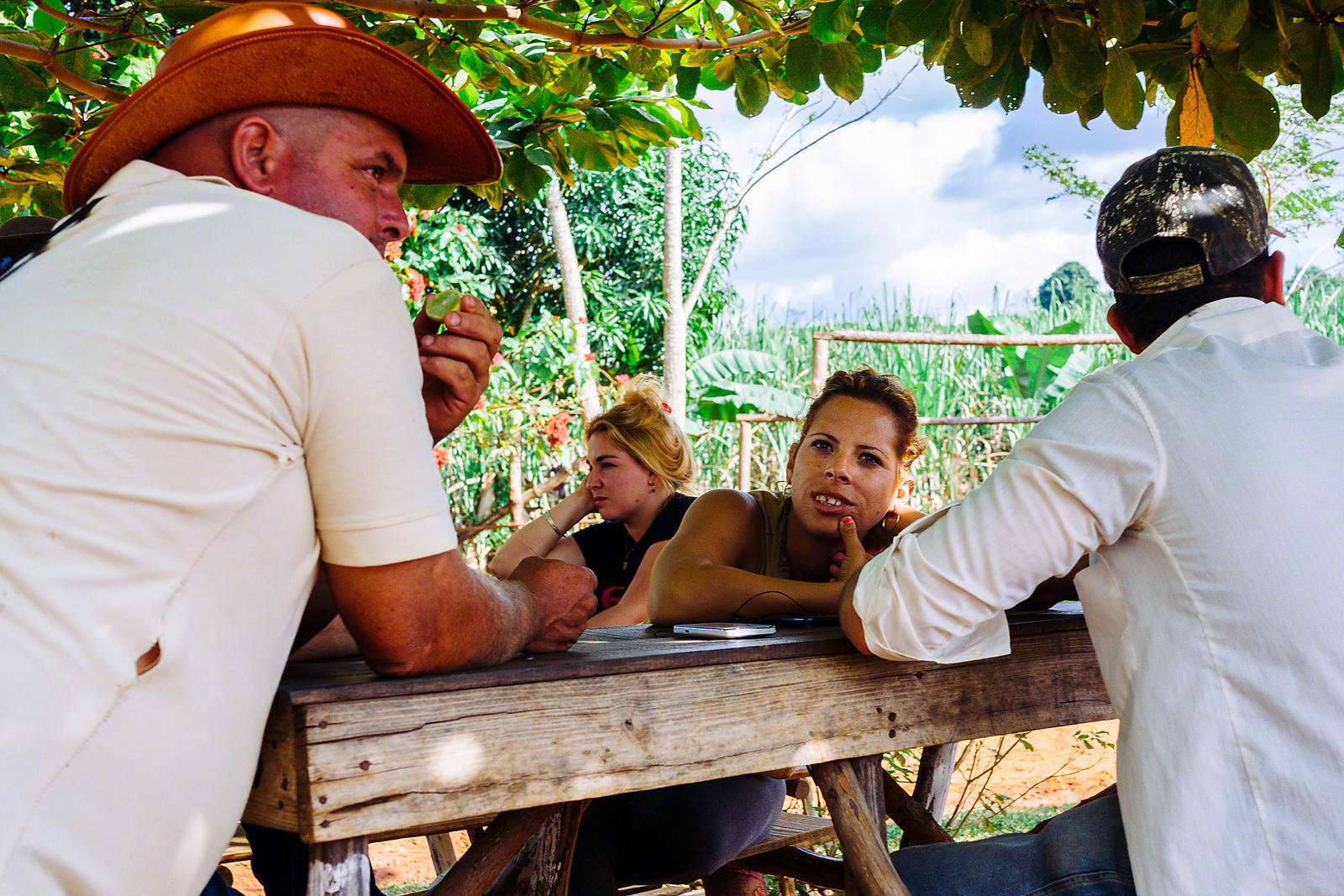 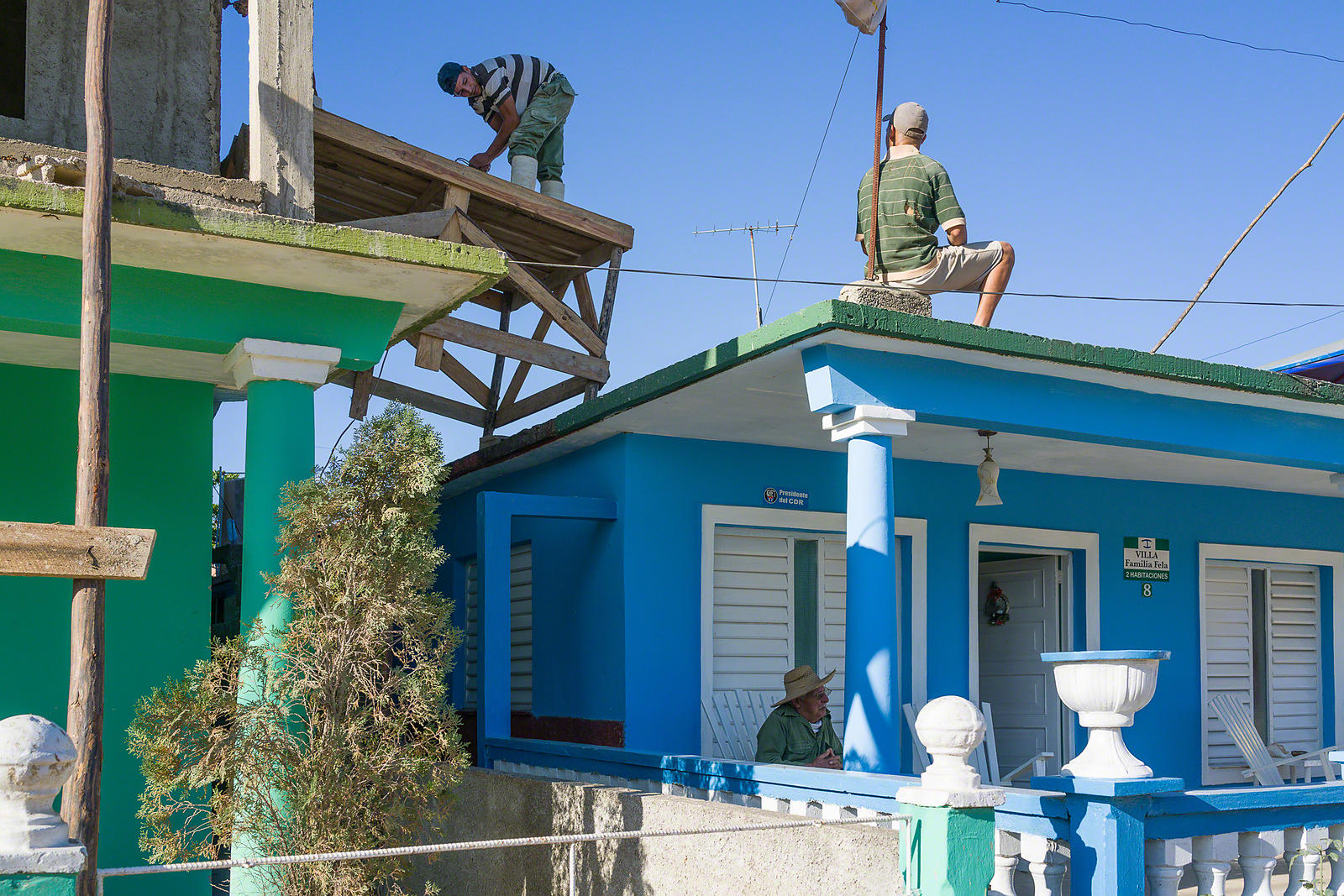 1 night at Casa Mabe 56 St. #4115 La Gloria,
Cienfuegos – http://www.casamabehostal.com/#contact
Cienfuegos is really worth a visit. It’s a bit far from Vinales (you need to get back to havana first) but the city is clean, well maintained: one of the most good kept place in Cuba. And it has an interesting geography with a nice relationship with the Ocean. I really recommend it. 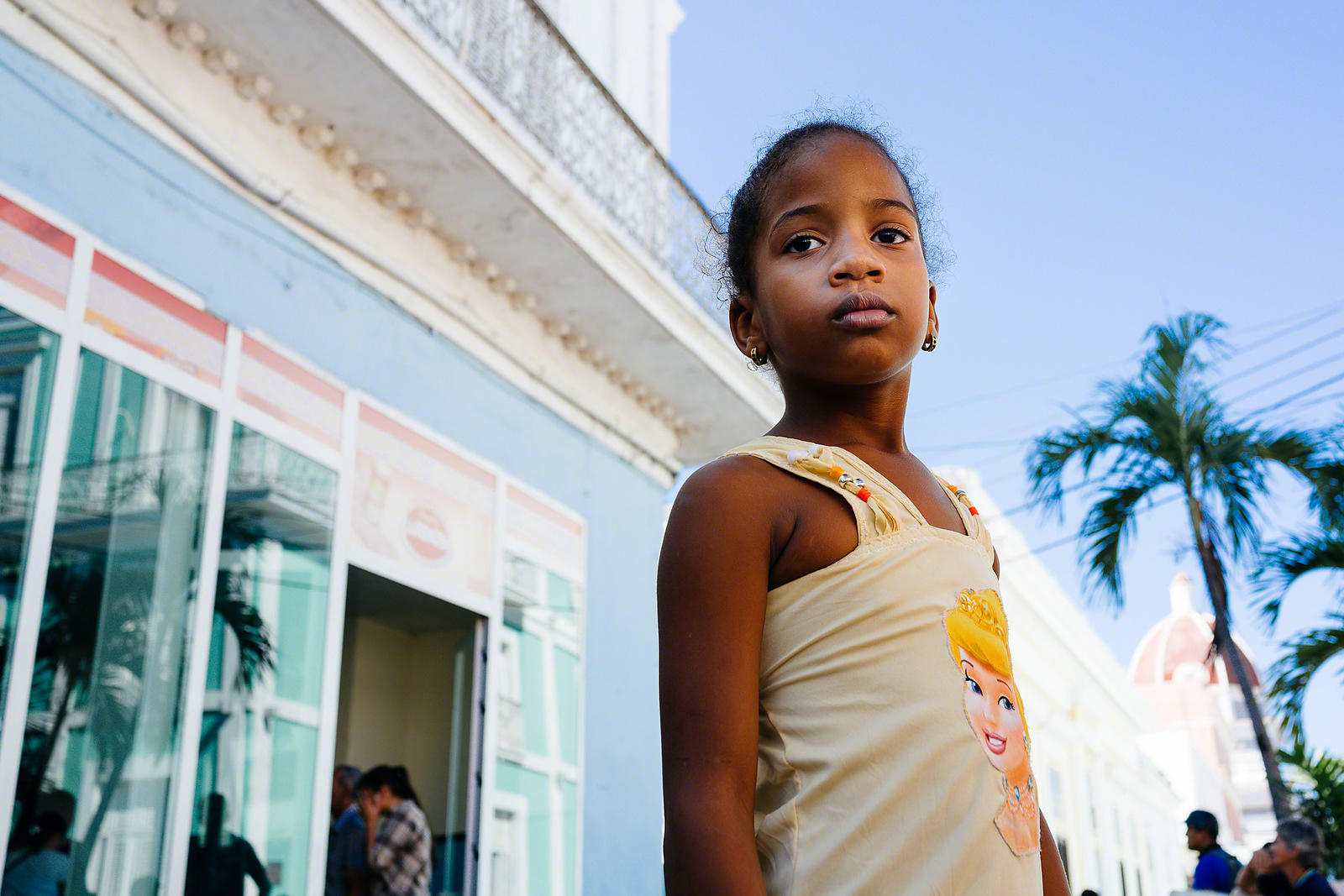 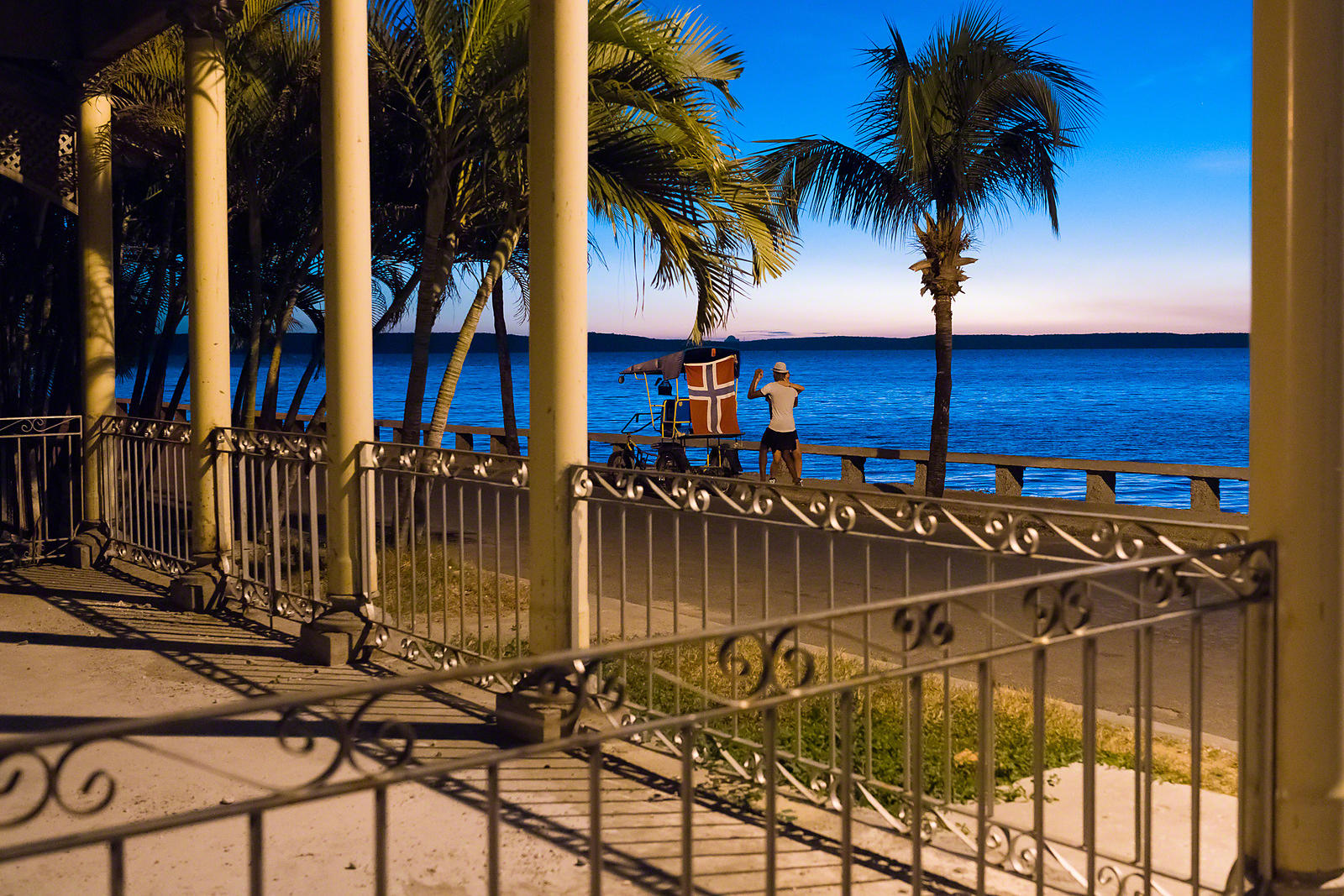 4 nights by Casa Jean Ariel – Street Julio Antonio Mella #263-A (Guasima) | Camilo Cienfuegos (Santo-Domingo) & Lino Perez (San-Procopio), Trinidad 62600
Trinidad is … Trinidad. Nice, old, time is suspended here more then elsewhere in Cuba. Plenty of things to do, in the town and in the surroundings. Our Guest, Andrea, italian as we are, suggested us the best places to eat in the town and we had the best meal since in Cuba: San Jose. Worth a visit the beach Maria Aguilar, not far from the most known Playa Ancon but with a better water quality. 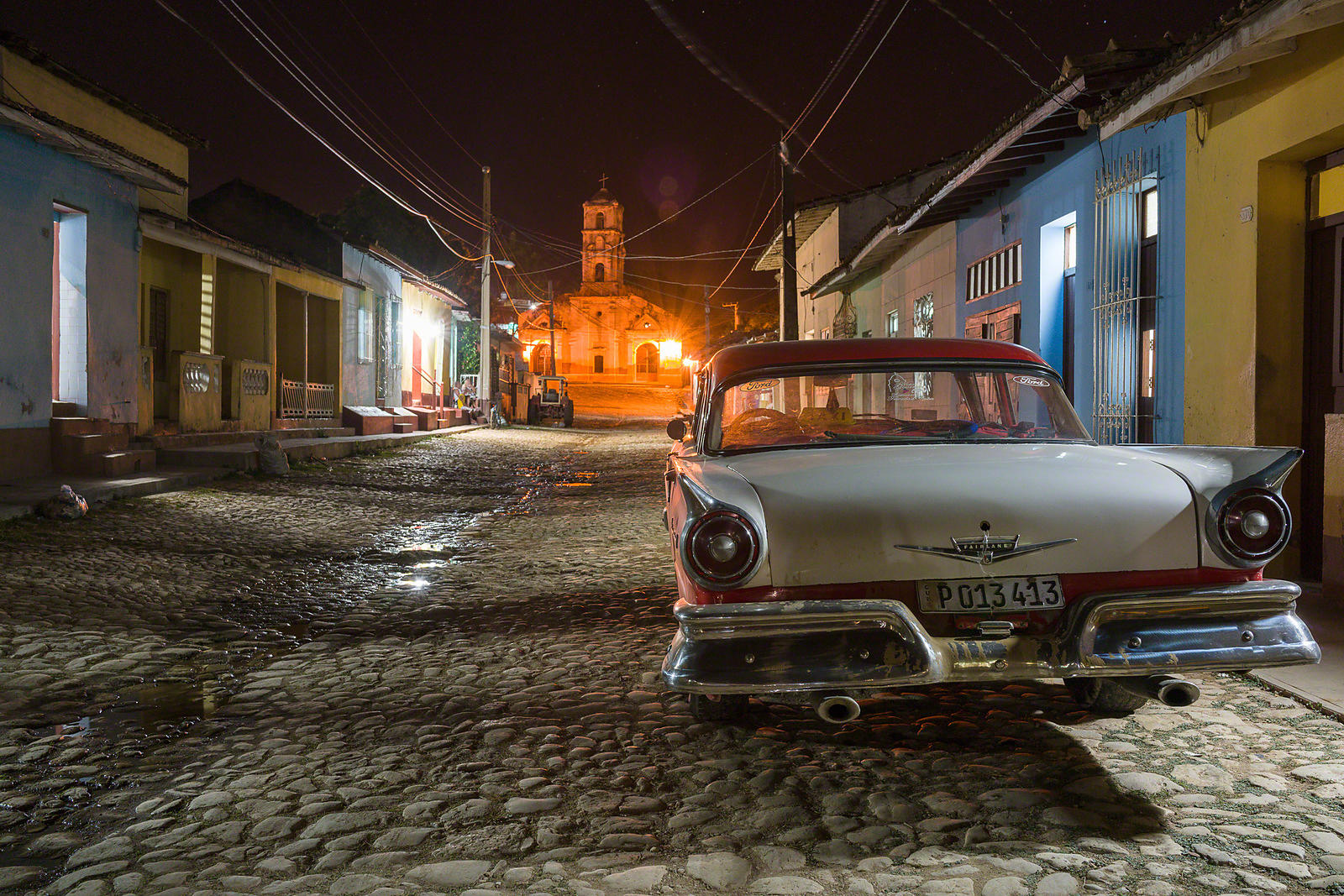 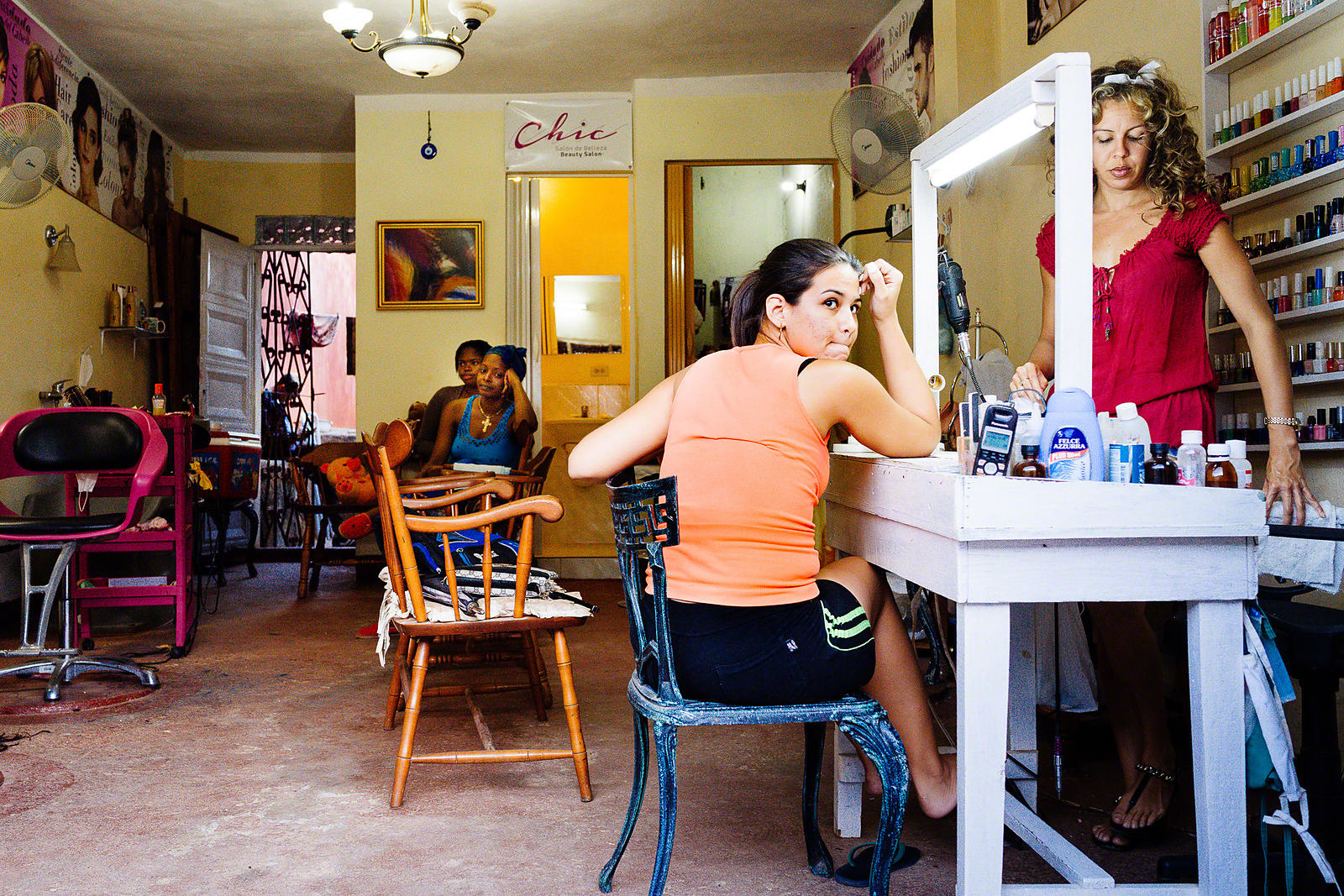 4 nights at Hotel Las Bruchas.
We spent four night in the less touristic hotels in the Cuban Cayos: Villa Las Bruchas, run by cubans, just 24 bungalow on the ocean, no night animation, one single restaurant and a long beautiful beach. Just plain relax, no 900+ rooms resort filled up with drunk tourists. Big rooms, a bit demodè, needing some restoration but who cares: this is Cuba, after all. The staff was very kind expecially our now-friend Junier. Ask about him at the reception. 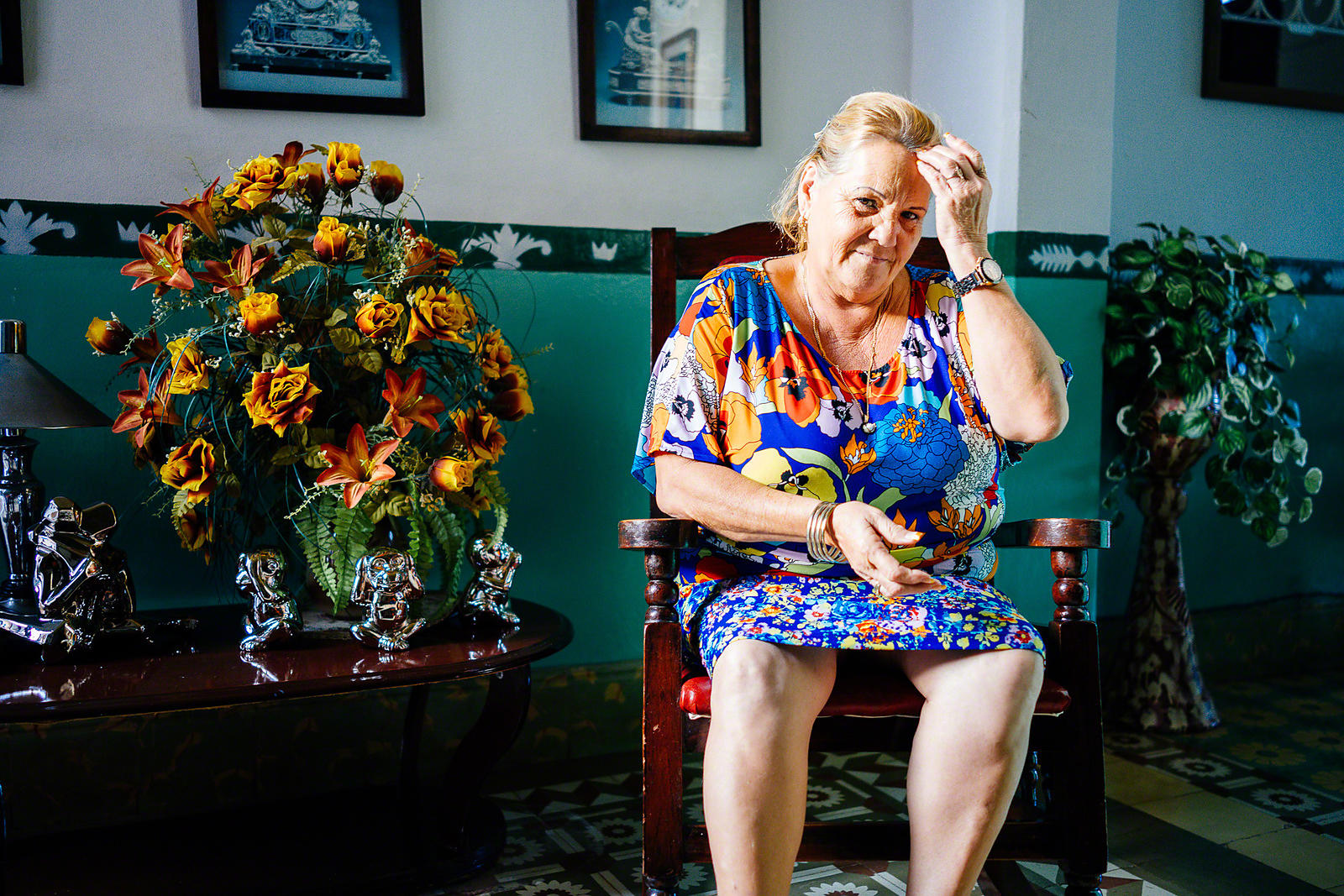 1 night at Hostal La Margarita, Maceo #60 e/ Fe del Valle Y General Carrillo
This is a fashinating small town, similar to Trinidad but smaller and cozy. Every december there is the famous “Parrandas” here, but not in 2016: silence and respect for Fidel death. We stayed in this nice hostal, quite and well positioned. Good breakfast as well and nice owners: Alfredo speaks german. 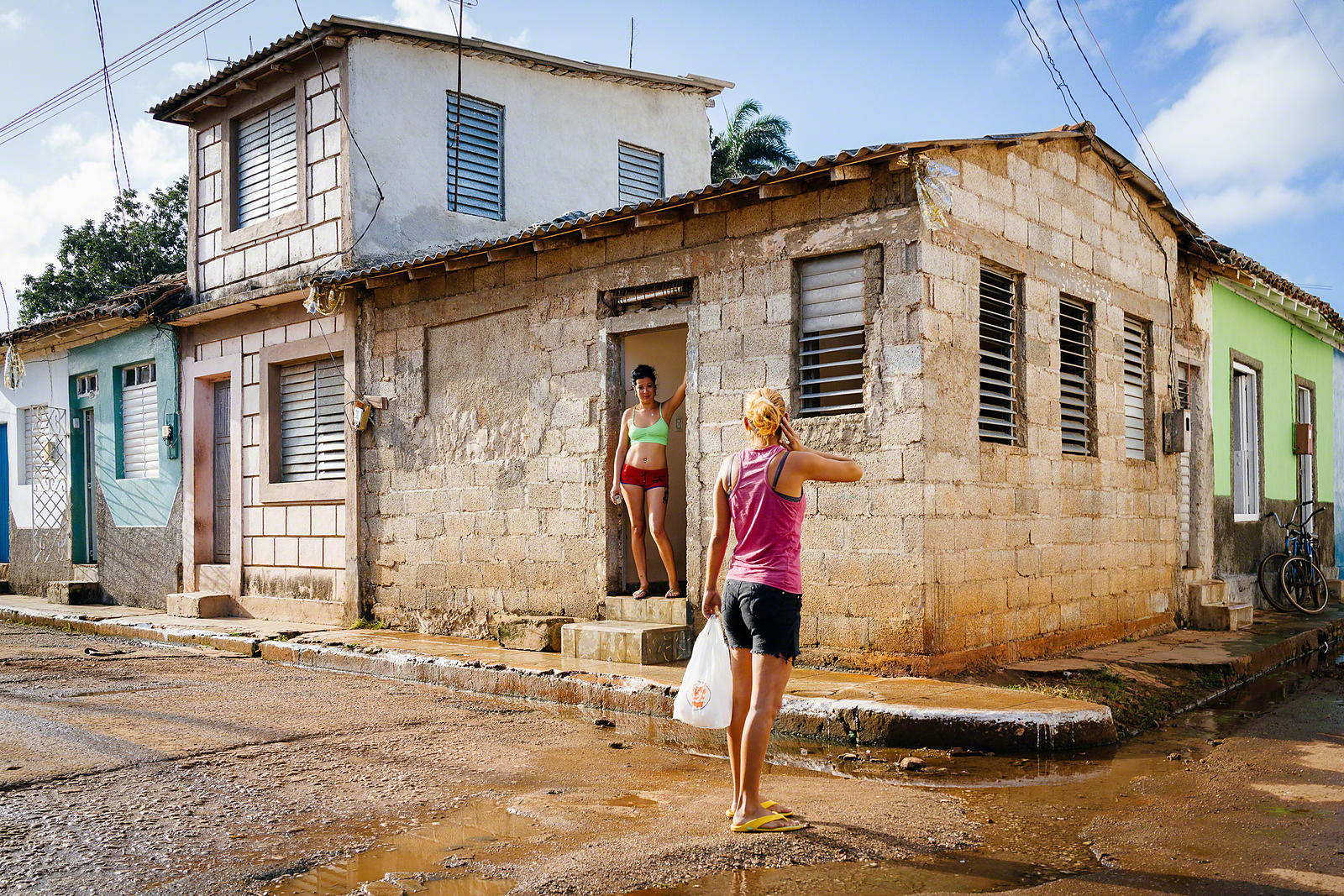 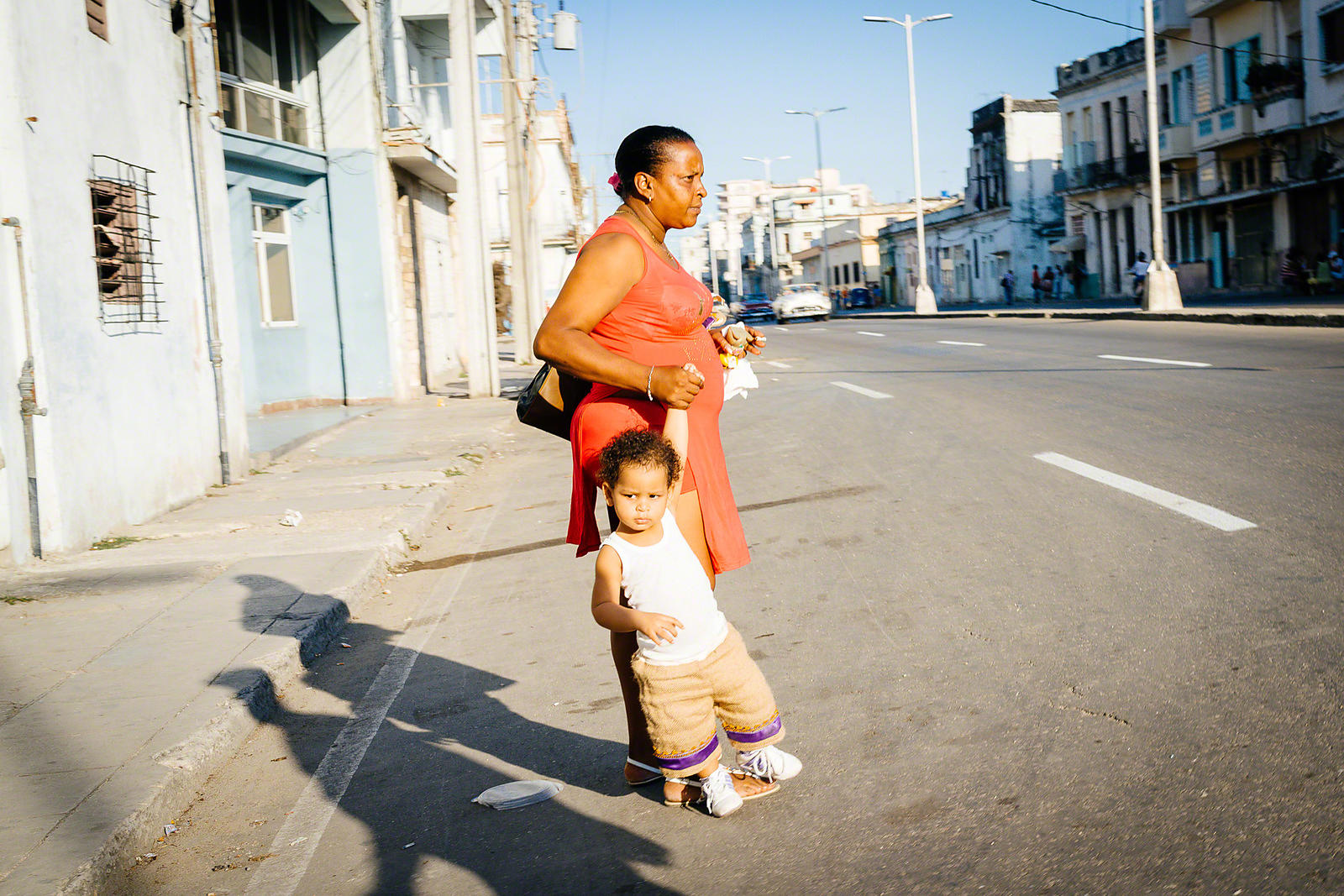 2 nights by Casa Mayda y Alberto, Calle 3ra, A #2406 apto 6 e/24 y 26, Phone +5372022003, Mobile +53 05 2840823. If you had enought of the old Habana this is a great location in Miramar. Very nice apartment, the best we had the pleasure to stay in Cuba. Mayda is a fantastics guest and, grabbing for 1 CUC a taxi collectivo you’re in the city center after 10-15 minutes. A great location to visit a less-known part of Habana, where all embassyes are located and some nice playas nearby as well.

As foreseen Cuba is magic. People are very friendly and you feel safe. A four years old toddler with you helps establishing relationships as people are child lovers. On the streets you’ll find all photographic stimuli you may ever dream of. But, of course, you’ll be collecting plenty of cliche images, and it’s very hard to be original. The smaller the camera the better is as you don’t look intimidating. Landscapes are gorgeous, but not something I enjoy shooting so I can just say that being in a tropical zone you’ll find great vegetation and vibrant colours. As you may see I took photographs of women. Architecture is decadent, and it’s interesting to observe it mixed with people. There is an essay on that here.

But what strokes me most was a simple observation: the nearly total absence of street advertising. This is, obviously, the norm in a Communist country where competition doesn’t exist. There are no commercial banners on the roads, with the only exception being sporadic billboards exalting the values of the “Revolucion”, generally reporting famous phrases by Fidel, Chè, Marti, Cienfuegos or other fathers of the nation. At the entrance of most towns a billboard displays the town name and it’s role at the end of the 50’s.
The rhetoric of the regime, with all its powerful iconological apparatus, is solidly planted in the ground, so as to make a static counterpoint to everything that is in transit: from people walking to improvised sellers, bicycles, cars, horses and carts.
So, I mostly observed Cuba from speeding cars, portraying people in transit as I was, on an island, which, almost sixty years after the revolution of 1959 and just one month since Fidel Castro died, is still moving at a different pace than the rest of the world. “Sic Transit Cuba”. The result is a series of 11 11 Diptychs taken from speeding cars.